My one predicition, Nintendo doesn't see E3 as the place to make big announcements anymore, the only new game announcement we will get is something small 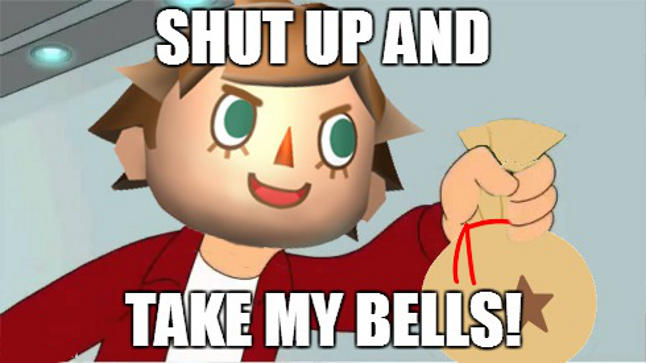 A glimpse of Metroid Prime 4 (or a new 2D Metroid for the switch)
Announce whatever Monolith is working on
....in addition to Xenoblade Chronicles X for Switch
Announce Retro-developed StarTropics!!!!!1


What will actually happen:
None of the above

I think people should remember to hope for the best and have low expectations. Nintendo is not one to unload all of their big guns in one event as they usually divide the big announcement throughout the year. I think the key thing will be how long will the direct be. 2017's spotlight was about 25 minutes while 2018's direct was about 45 minutes (albeit about half of that time was all about Smash Bros. Ultimate). It will be interesting to see how much they want to show.

I think for this E3, here are my predictions:
- Animal Crossing 2019 will finally be revealed and it will be a focus, though whether it will be the main focus for Nintendo's E3 will be debatable. Will release in late 2019.
- Luigi's Mansion 3 will be given more gameplay footage and a full title. Will release sometime in Sept,/October. Though that July rumor may also come true.
- Fire Emblem Three Houses will get another big trailer and more focus at Treehouse Live. Will maintain its July 26, 2019 release.
- Pokemon Sword and Shield will have brief footage in the direct like Let's Go did last year. Will have a good amount of gamplay at the Treehouse. Will release in late 2019, likely November as previous games from the franchise.
- Metroid Prime Trilogy will be revealed. Will hopefully have the gyro controls. Not sure when this could potentially release in 2019.
- The Legend of Zelda: Link's Awakening will have more footage shown, maybe have something new included. Will release in November or December. I mentioned November despite Pokemon because Marvel Ultimate Alliance 3 and Fire Emblem Three Houses are both releasing in July so it's not unprecedented that big Switch exclusives release in the same month.
- Super Smash Bros. Ultimate will show at least one new DLC character from the Fighter Pass. Who will it be is beyond me and I am not gonna try to guess with so many things up in the air.
- One surprise announcement, whether it be a popular third party game coming to the Switch or a new Switch exclusive.
- A brief trailer for Super Mario Maker 2 in the direct. Not everyone is going to see the Treehouse Live event or the Invitational that will happen prior to the E3 Direct. With the big audience focusing on the Direct, you might as well advertise the fact that it's coming in two weeks.
- Daemon x Machina will likely have a delay to Fall 2019 as I am sure there was enough feedback from the demo to garner more time to polish. Will be interesting to see how much Marvelous will improve upon the game based on the feedback.
- Dragon Quest XI S will have another trailer in the direct, in case anyone forgot that it's coming to the Switch this Fall 2019.
- Astral Chain will show more gameplay in the direct and in Treehouse Live. Will maintain it's August 30, 2019 release date.
- The direct will likely have a little montage that shows other upcoming games like Dragon Quest Builders 2, Oninaki, Marvel Ultimate Alliance 3 (which I hope will be in Treehouse Live), Doom Eternal, Wolfenstein Youngblood, etc.

Other than that, I am usually not that bold when it comes to predictions.

I do not really see Nintendo talking much about Nintendo Online as they usually focus on games rather than their services or updates to the Switch system.
Also, I will go by their word that they will not ANNOUNCE a new version of the Switch at E3. They will likely show one (whether it be a pro or mini version) sometime after E3.

Rhythm Heaven is all I care about.

I'm not expecting any big new game announcements, we have a lot scheduled later this year already. What I do expect is a few games unexpectedly "available now" at E3. Remember, last year Fortnite, Hollow Knight, Paladins and the Splatoon 2 DLC all released on Switch during E3, and I believe none were expected to release at that time. Looking at the list of upcoming game releases on Switch, there's a pretty noticeable gap June 10-14 right now.

So what games have been announced but don't have solid release dates yet and could potentially drop at E3? OP mentioned Cadence of Hyrule, and I agree that's a good candidate. Any others? Maybe the next Smash challenger pack character is announced and released immediately?

I'm pretty confident I'll get one of those, and almost nothing on the other, likely.