When was the last time the graphics of a game surprised you? 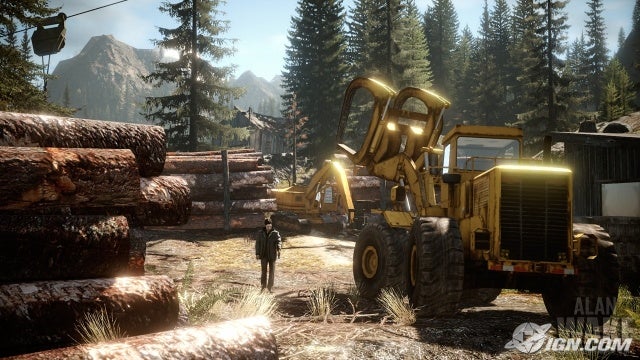 I still remember the first time I played Alan Wake on PC. I got so impressed by the graphics that I asked myself how the heck my PC was being able to run that game. It was one of the first "next-gen" games I played at that time, so maybe it helped it.

Most recently, I played Hellblade: Senua's Sacrifice for some time, and the graphics also surprised me. Well, I haven't played so many current gen games, but yeah, Hellblade was beautiful.

I think it was either with Super Mario Odyssey or Breath of The Wild. I couldn't believe the Switch was capable of rendering all that. Not gonna lie, it was about 2 weeks ago, when I first played Days Gone on pro with 4K and HDR on, it was really stunning even though I already knew it's good, but still beyond my expectation.

Depends on what exactly you mean by "surprised". That's a broad term that can cover a wide range of subtly different reactions.

The last console game to really blow my mind graphically was Uncharted 2 in 2009.

More recently, games like Doom and Hellblade on Switch also impressed me in terms of "I can't believe this is running on a handheld."

Super C when the bombs dropped on first level.

Huh? Breath of the Wild and Super Mario Odyssey?

C'mon man... Take off your Nintendo glasses... Breath of the Wild/Mario was not "surprising" on either rendering OR visual fidelity... Least of all when you compare them to the games above...

Hm, I'd probably have to go with Witcher 3 for this gen.

It was to him, for his own reasons. Nintendo glasses? Yeah, maybe. Doesn't matter. He was asked when was the last time the graphics of a game surprised him, and he answered truthfully.

Personally, I don't know. I suppose Red Dead Redemption 2, but I haven't actually played it or even seen it being played in person, just videos and stuff. If only games I've played count, then... um, Starlink, I guess? It does look crazy good for a Switch game, I was very impressed by it. It's not the most mindblowing graphics ever, or even close to it, but for the hardware it's on, I was pretty impressed, yeah.

Edit: actually, I just remembered I did get to play God of War for a few hours. That did look pretty ridiculous, it did. So, that one.

I should also mention that while this gen has been a bit underwhelming for me in terms of graphics, the one title to really wow me has been Metro Exodus maxed out and raytraced on PC, it really does look incredible.

When the next gen began, I remember distinctively looking at a game called "The Vanishing of Ethan Carter". I got truly impressed and held it for the standard for what this gen could achieve, although it has been surpassed by now, I can't I've got that same wowy sensation ever since.

Although, I can say I truly was impressed by the looks of Yoshi's Crafted World too.