I can understand the hate for TLJ since they did so many questionable things, but overall I still enjoyed the film and have watched it three times including once at the cinema... as for this new one, I'm curious about the title, who this Skywalker is.

My take is that they're going to retcon the whole "Rey's parents were nobodies" thing, basically it was just something Kylo Ren tricked her into seeing and believing because he knows the truth, which is that she's somehow part of the Skywalker bloodline... maybe Shmi had a brother or sister we've never heard about until just now? Who knows lol :P

The trailer looks great though, gonna' get myself hyped and go in with realistic* expectations

*Realistic by my own standards. I feel like this current saga went nowhere. Finn got less relevant and became trash, Rey literally feels the same from the first movie, Po is just there, and Kylo is the only interesting thing going on. Finn, Rey and Po was marketed as the "new trinity" but that went nowhere as they barely interacted with each other and then they stuck in Rose Tico who also barely did anything as a group. And the plot went in circles and pointless adventures.

Don't know if this movie is going to deliver but we'll see. Honestly I just want an Ahsoka movie. 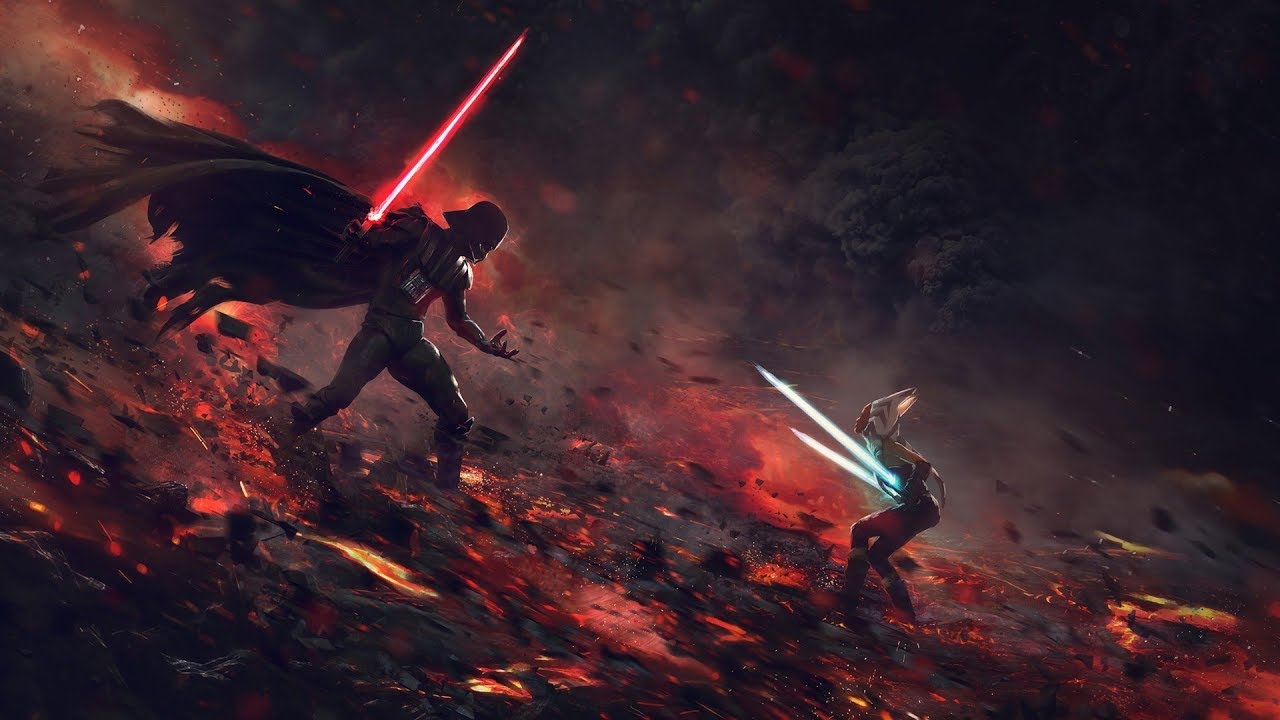 ^I'd love an Ahsoka movie. I remember that Rosario Dawson said that she would like to play an adult Ahsoka in a live-action movie or tv show, I wish that Disney would make that happen.

These types of posts make me embarrassed to post on video game forums. And then I remember not to judge an entire group of people as a whole.

But your post is the type of stuff that give gamers the reputation of cave dweller virgins who are anti social and don't respect women (and to a lesser extent gays and minorities what with the uprise of 12 year olds using sexist, homophobic, and racist language over XBox Live).

People hate on this trilogy but it shits on the prequel trilogy. And neither were going to measure up to the original trilogy.

Also, with each new trilogy there was a prodigy (Luke, then Anakin, and now Rey). And over time the prodigy got way better compared to the last (Anakin fights like a ninja compared to Luke's samurai style and Rey is more force capable than Anakin). It's not as big a deal or anything new, but because it involves a woman people wanna bitch and moan.

OT, I think it looks interesting. I hope Luke is brought back even if it's to help Rey, because he says in the trailer himself that this is her fight (or whoever he's talking to). But if he were brought back as a useful character, it'd satisfy something I was always bothered with.

In the original trilogy, Obi Wan says once Vader strikes him, he'll grow more powerful than ever before. He's becomes a force ghost which is pretty impressive, but other than that what is so powerful about him? What the heck does he do aside from tell Luke to use the force? Maybe this film will actually explore that part both with Luke Skywalker and Palpatine (the sith were able to do similar things in the extended universe, I've heard). Mehhh .. and that title i mean wow JJ


Let's just get this over with and hope that this is the last SW movie for good.

They did not buy the SW brand to stop making SW movies.

We will get SW movies as long as they bring profit,lets just hope we get a decent amount of better written ones.

I mean... I'm 99% sure he was being sarcastic. But well, I guess your post still applies to the non-sarcastic posts of that kind, which sadly do exist.

Then again, I can't even say I completely disagree. I'm no fan of this new trilogy and a big part of it was because of Disney's obsession with trying to be inclusive (which in itself isn't a problem, but it becomes one when you're having to change large portions of a finished plot just to fit in some random character that the company wants in the movie to represent a specific audience). I'm also no fan of the obsession with fanservice, which is why this trailer was already a huge turn-off for me - not that I was planning on watching another Star Wars movie at the theater after that last garbage, anyway.

I'm all for diversity and representation of minorities and all that stuff, but if it ain't done well then it sucks, just as anything sucks when it isn't done well or is done with financial interests over artistic integrity. When this kind of stuff is done well, you never go like "oh, cool, there's an Asian character now!", you just don't think about it because it comes off naturally, and it never came off naturally in The Last Jedi.

Furthermore I believe The Last Jedi's script is a gigantic mess that has no idea what kind of story it's trying to tell or which message it wants to get across. It's a movie that constantly contradicts itself, and ultimately just ends up being an incredibly unpleasant story filled with random elements that build up to a whole bunch of nothing. I could go on and on here, honestly, but, I don't want to.

First bolded: Uprise? Kids saying offensive things has been going on since 30 years for what i can remember,kids express their anger and insecurity in dumb ways.First time i got into contact with the internet and its communities on forums i had some anger management to do,lets say i did throw a lot of insults around :p

Second bolded: Hey i bitch and moan because i wanted more time and writing invested in her character and her acting is way better than Anakin from prequels but her full potential is not showing because of the plot,i think there are actually very few people that do complain just because she is a woman.

I do not really care what characters can do in the extented universe because that does not excuse what is missing in the movies but i just like to see some reasons to relate to Rey because for me a strong character has to overcome hardship to make me be able to see them more "real" and relatable,she can be as strong as they would like to make her but show me what it took to gain that strength.

Nothing in my post says kids haven't said offensive things for 30 years (or longer).

The use of uprise is in relation to the bad reputation gamers have.

The cave dweller antisocial nerd existed since pretty much all of gaming. The misogynistic, racist homophobe reputation didn't come until the internet (and Live was a big part of that).

Point is, it's not a good look and it doesn't help the community.