A brand new N64 controller felt really good, at the time. Though looking back, the hard plastic of the analog is probably not that great today.
But once the controller went through some wear and tear, the analog became awful. It would get stale, or very loose. Do shrieking noises while accumulating white powder.

It was fine ... if you were gripping it's middle and right portion. Always felt the yellow directional arrows on the left part were kinda useless most of the time.

It's a joke because there were really some people who didn't know how to hold the controller. What they did wrong was to grab the left and right handle for games that were supposed to be played with the middle and right one (the most common grip because most games were 3D). The analog stick and Z-button are hard to use when your left hand is in the wrong place.

As for the wear and tear of the analog stick, developers had to go through a learning experience. The new 360° freedom of an analog stick was used for quick and repeated full rotation (either clockwise or counter-clockwise) in a variety of games, and most notoriously the first Mario Party title. That control mechanism did a lot of damage to the stick and the lessons learned from that were that later games, including Mario Party ones, forfeited such input. This extended to later consoles as well, so you'll find hardly any games where you have to rotate a stick as fast as you possibly can.

I was one of those people that held the controller wrong lol.  Oddly enough, I got used to it and holding it right felt weird, so I actually got REALLY good at using it that way.

I cant think of a single game that required both the D-pad and analog stick so the 3 handle design worked fine.

Turok 1 and 2 used the L button to bring up the map and the d-pad to scroll it (while holding L). The d-pad on its own allowed to switch between different ammo types. The general rule was that d-pad and L button would only be used if they were the only buttons left and they only got tertiary functionality assigned to them, so basically things that would be used only rarely.

The most overloaded control scheme was probably found in Forsaken which used the six face buttons for movement (forward, backward, strafing left, right, up and down), the stick to look around, Z for the primary weapon and R for the secondary weapon. That necessitated the use of the d-pad for weapon changes of the primary and secondary weapons.

More obscure knowledge is the existence of a Japan-exclusive sumo game that used the d-pad and analog stick, and was played with the left hand on the left handle and the right hand on the middle one. Unsurprisingly the least popular grip option by far, because it omits the side of the controller where the face buttons are located.

While I understand how sales curves work, it is also my belief that Nintendo will end, of it's own free will, the Switch.  I believe the rumors that say that there is a new version on the horizon.  That is why I insinuated that if we really treat it as a Pro then it will change the nature of the conversation.

I hold that the Switch, in its current incarnation, will top out at 65 to 70 million before that happens.  An informed response would simply to suggest that the new model will in fact be a pro numbers and then I could have reevaluated.

It sounds like we need to have a more grounded conversation where we try to understand each others projections or predictions.

N64 is an example of a console that should have sold 70-100 million units and was totally shot in the foot by really dumb hardware decisions. If they had compromised and included a CD drive, they would have beat Sony that generation because 3rd party devs like Squaresoft, Enix, Capcom, EA, would have no reason to bail out.

The fact that it sold as well as it did with such a low number of software titles released is impressive.

You get yourself one of these and have a good time. 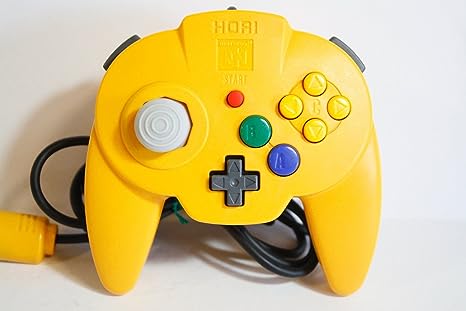 The source of said rumor - which talks about two revisions, one being an upgrade and one being a cheaper version - states that the upgraded version will not be like what Sony did with the PS4 Pro. This means no notable increase in processing power, because a bigger jump in processing power than the Pro can be ruled out due to Nintendo not going to phase out Switch after 2.5 years. But the main point is that regardless of what is speculated within reason, the rumored Switch revisions will be counted towards the grand total of Switch consoles sold.

Your speculation is not within reason, because you expect a Switch replacement after only 2.5 years when today's development times of video games can exceed such a timeframe. It makes no sense to move on with hardware faster than games can be made.