Games that presented the biggest leap over their predecessor Elite to Elite: Dangerous was a huge Jump

Basically all those IP that got stopped in the 80s/90's and then got a successor 20+ years later all qualify for the title.
Another game I would mention would be Wizardry VI after Wizardry V and, on a similar note, Wizardry 8 after Wizardry VII. It helps that there are 9 years between VII and 8, but V and VI had only a 3 years gap. Though here, it helps that the early Wizardry titles didn't change much since their inception in 1981, so those 3 years are technically more like 7 years of actual development.
While we're at it with old CRPG, Might & Magic V being followed by Might & Magic VI. Going from 2D to 3D (with 2D sprites and vegetation) while changing drastically how the classes and gameplay works (from turn-based to a potential manual mix between turn-based and real-time combat (you can turn off turn-based combat while in combat and turn it on seconds later again - good to avoid some missile for instance), and real time exploration).

A Link to the Past to Ocarina of Time.

'Links awakening' came out after 'a link to the past', do you mean zelda 2 on the nes?

Those are probably the biggest jumps I've come across and they revolutionized gaming in one way or another.

I'm mostly including games that not only jumped but delved into something that wasn't there in the industry or influenced game design on a wide scale. I can't believe I'm having such a hard time with this. Those that mentioned GoW I guess is the closest I can come up with. Seems like that would be from recency bias, but I really can't think of anything else. 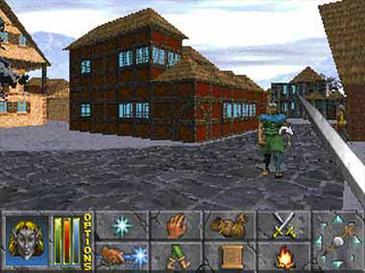 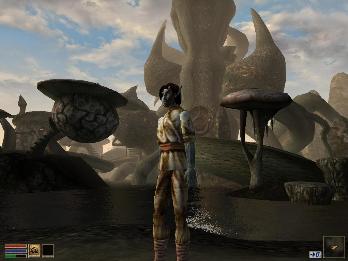 Just curious, but how would you say that BotW has revolutionized gaming?

Tomb Raider 2013 - in terms of mechanisms, it was tremandous leap over its predecessor...right to the bottom of deep chasm filled with modern AAA crap.
Fallout 3 is down their with it, though with much less said excrement.

On the upward side, as Boffenbrauer2 said, most 80s/90s IPs that have recently resurged are great candidates, if not necessarily gameplay wise, certainly in all other aspects.