Dragon Quest 11 S also has brand new stories, although we don't really know to what extent that means, but it's still a massive update for the game. It's kind of funny to think that the Switch, with it's very expensive game cartridges, is getting the most content rich version.

I think Box Boy is Nintendo published game, also it seems that Super Smash Bros. Ultimate 3.0 Update will be in April also (Joker will be launched before end of April), rumored Labo Kit 5 could be easily be April or May release and Starlink update is also April. Last year in May we had DKTF and Hyrule Warriors, so yeah, May look a bit empty, for now. I enjoyed it, 8 / 10 for me.
+ Mario Maker 2 looks really good.
+ Link's Awakening remake has a strange art style but whatever, great game.
+ Astral Chain is way more interesting than Bayonetta to me.
+/- Fire Emblem... I'm not sure about that one yet. I want epic war stories, not Hogwarts teaching and everyone hugging each other.
- No Metroid Prime Trilogy
- Weak release schedule before June

Overall, it was a good presentation. Nintendo's release schedule for the year could look something like this:

First half of the year is rather weak. But the second half (starting June, actually) is great. Despite not a single Animal Crossing / Bayo 3 / Luigi´s Mansion 3 / Pokemon gameplay footage, they announced a ton of very promising games.
Super Mario Maker 2 and Fire Emblem Three Houses seems neat.
Loved the cyberpunk aesthetics of Astral Chain.
That new Square RPG seems good too.
Never played any Rune Factory game, but this is an ongoing series and fans will be pleased to know that a fifth game is coming.
Loved ByeBye BoxBoy! on the 3ds and I was glad to know that a new game in the series is coming to the Switch
Deltarune? What was that? Weird.

Never played Link's awakening so that could be cool & Mario Maker could also be fun, but there wasn't much I feel truly excited for... I want F-Zero / Pikmin / Metroid (2D, 3D, remakes - anything!!!).

2018 left me a little cold as well - it's as if my & Nintendo's taste of their IP's are diametrically opposed...

I do love BOTW, Mario Odyssey & MK but those all feel a long time ago now... Blech.

I liked the pacing.
Mixing smaller news withbig news was a good choice.

Overall, the show was quite good, although at first it was kinda boring, at least to me.
A 2D Zelda sounds great, but that artstyle…

Unfortunately, none of the games announced were mind blowing to give it a 9 or a 10. 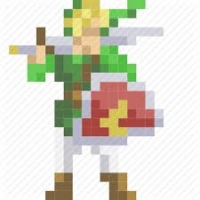 9. It was full of nice addition and surprises. And it still has a feeling that this year as yet to unravel. Nintendo is still keeping a big secret for E3. But until then we are sorted. So k