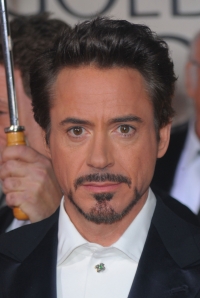 So it's almost as big as the other two combined? That's crazy! I'm not surprised this was the case before Switch but damn even now that is impressive. The entirety. When they speak of revenue generated on their platform it’s the amount of $ spent on their services, not the the actual gross margin they made on each download. If a customer buy FIFA at 60$ on PSN, it’s 60$ of revenue, the cut they take as a “retailer” is part of the profit margin generated by the service.

In other words, it’s exactly the same way a retailer like GameStop operate.

Who are you trying to kid? If anything, it is going to continue to grow with streaming being the main focus moving forward and digital games being the norm instead of physical. This is why Gamestop is going out of business, PSN is taking their pie.

That's not true at all.  Revenue is important for growth, which in turn can lead to increased market share and a stronger position in the marketplace.  Look at Amazon share price and tell me that it's not a viable path.

I think they do count the entire $60 as their revenue. However, I would not say it's exactly the same.

You're familiar with the term "shipped units" I presume? That's what publishers/distributors have sold to retailers like Gamestop.

Generally speaking, if let's say Capcom has shipped Resident Evil 2, it's almost as good as a sale to them, and they don't necessarily care what happens after that, whether it sits on the shelf of the retailer forever, or reaches the hands of a buyer. They still got their money. Of course there are other reasons for why sold through units are more important, such as the potential extra sale of DLC and microtransactions, etc. But they don't have to wait for the game to get sold (again) for them to present those shipment figures to their investors.

That's not the case for a retailer like Gamestop though. In order for them to make money on that transaction, they're reliant on the product being sold through to the customer as well.
In other words, Capcom's "cut" for Resident Evil 2 is already taken care of during the initial transaction when the games are "shipped" to Gamestop.
It's basically the price at which Capcom chose to sell the game to Gamestop for.

So when Gamestop sell Resident Evil 2 for $60 to a customer, that's all Gamestop's revenue. Capcom don't take a piece of that sale literally speaking. They already got paid before the sale.
Then the profit for Gamestop is calculated after you take all the revenue and subtract all the expenses, such as the cost of buying the game.
So basically, because Capcom already got paid when the games were shipped, whatever Gamestop make on the transaction when selling to a customer is theirs to keep.

However, that's not the case when selling games through a service like PSN. Because they don't buy in any quantity of games, Capcom only get paid after the game has been sold to a customer. So everything Sony got from that sale, isn't theirs to keep.

The $60 that Gamestop gets is all theirs. But the $60 that Sony gets is not all theirs. Which makes me a bit unsure if they count all of it as their revenue. Since its electronic, Capcom could technically get their cut immediately upon every individual sale. Though I doubt that's the case. Rather, I think Sony hold the entire sum initially, and then pays the publisher on a regular (maybe monthly) basis based on the number of copies sold and at which price it was sold.

It's an unimportant figure as far as us, on this forum, comparing it between console manufacturers. Of course, in the board rooms of companies around the globe they'll have projections/strategies/goals etc. that will include revenue but saying PSN generates more revenue than Nintendo is kind of a pointless observation, especially when we're comparing a store front, which will be passing on a large chunk of it's income onto 3rd party developers...

As subsequently established after your post, it will likely be the case that Sony has to pay the developers out of their revenue which in all likelihood is a big old chunk.

I wasn't comparing Sony to Amazon, I was simply using a well known company as an example of revenue not being an indicator of profit.

What is not a good comparison is the revenue of a digital store front to a console/software company.

As I mentioned in my other replies, revenue is kinda pointless to look at in the context of a gaming forum - especially when comparing a digital store front with a console/software company - what we need to know is profit!

This is just insane. Sony's division is almost equal to the others combined.

I disagree. Sony basically kept gamestop afloat by not following MS and killing second hand sales. Not only that but they even forced MS to change. That was a serious lifeline from Sony. Plus the big games from them often get better deals at retail.

But they would have received it. When somebody buys say COD on PSN it doesn't matter that Sony only keep what 30%? of the amount, the full price would still be paid to Sony and go through their bank before being paid onto Activision.