Forums - Gaming Discussion - Would You Like to See a New Dedicated Handheld from Nintendo?

Yeah. I'd prefer a switch like that focuses on being a handheld but I'd also like external saves so... shit creek. Paddle-less.

Yeah, kinda like disagreeing for nothing since our opinions are seemingly alike.

: ) No problem then. I guess I'm too caught up on what "Dedicated" means. 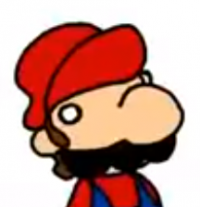 Five Nintendo exclusives in a whole year (of which most are mediocre) and a few lazy ports and a horrible online service. That's not what I call an impressive output for a company as big as Nintendo with dozens of internal and 2nd party studios that had the opportunity to make great games for Switch since way back before Switch was even announced. Nintendo made more games when it was supporting two systems at the same time. So why would you want one system with less original games than even Wii U?

You know, I think the idea that Switch has a disappointing library is a lot more respectable than most on this forum. It's pretty sad that this kind of reception to the Switch is practically outlawed or laughed at immediately. However, a lot of your comment is pretty unreasonable.

You're absolutely right that the "unified library" is taking a lot longer to really show it's claws, but making a separate platform is not the answer. Firstly, because the generational leap between the 3DS and the Switch would be such an awkward middle phase. It would be like the Vita, with very few of the benefits of a dedicated Nintendo handheld (low cost for games and thus faster development times), and bad quality "console-like" experiences. Having something between a 3DS and Switch that would stand out when the Switch is already released would be hard, because it wouldn't have any of the real advantages of low cost handhelds or high cost hybrids (which already aren't really "high cost" as it is). We already see that Switch games can run on 3DS when they are dumbed down far enough (Fire Emblem Warriors), and we've already seen that phone-quality assets that are cheap to produce can look fairly pleasing to the eyes on a console (Pokemon Let's Go). What would a compromise between a 3DS and a Switch offer? With all due respect to their developer prowess, Nintendo titles are already incredibly cheap in comparison to most other AAA devs.

Secondly, ports on Nintendo handhelds have a long history. Look at the Gameboy Advance: It's considered by many to be one of the best consoles ever made, yet it's best selling titles consist of the likes of Mario ports, a Mario Kart game that is practically a port (from what I know, could be wrong), Zelda ports, and third party collections. And is it a coincidence that during the Gameboy Advance era we saw the first Pokemon remake instead of a second new mainline title? Or how about 3DS? With it's ports, remasters, half-sequels, etc. Donkey Kong Country Returns 3D, Star Fox 3D, The Legend of Zelda: Ocarina of Time 3D, The Legend of Zelda: Majora's Mask 3D, The Legend of Zelda: A Link Between Worlds, Yoshi's Wooly World, Hyrule Warriors, Fire Emblem Warriors, Mario Party Top 100, Metroid: Samus Returns, Yoshi's New Island, Smash Brothers for 3DS .... when you cut all that out, yeah, you could make the exact same point for GBA and 3DS. Is it really fair to say that Nintendo didn't have problems supporting consoles and handhelds in the past before the Wii U and 3DS era? Because really, I don't see it. The Game Boy lasted 12 years and didn't hit the peak of it's stride till well after release. I imagine there were times where people had little to play in the span of 12 years. The DS had the most bountiful library of any Nintendo handheld, but at the cost of the GBA's lifespan. It had great 3rd party support because it was an innovative device ... but it's hard to say if we'd ever get something like that again.

You're right that you'd probably get more out of two Nintendo consoles in one year exclusive-wise than what you'd get from Nintendo with the Switch. However, that has more to do with release schedules than content. When Nintendo has to support two systems, they rush out projects sooner. That's why 3DS has so much unoriginal content or re-used concepts. Switch ports are just more upfront and apparent. But you still had large spans of time where nothing came out in the past. With the release schedule right now, we can assume that while there are going to be some dry months as far as exclusives go, we won't have near entire years like we with the Wii U and even the Wii (or the 3DS, which got to the point where there would only be one big original game from Nintendo near the end of it's life). The Switch is supposed to have a consistent release schedule that results in a longer life span, and unfortunately that might mean some titles get pushed back.

To summarize once and for all, if your criteria is how much you have to play, then I have to call into question why you think past console cycles were that much better. There were more games ... but for consoles like GBA and 3DS, that metric relies heavily on the same kind of titles you complained about (ports, half-sequels, etc). Not only that, but those systems were at their peak when they were put next to the Gamecube and Wii U, which are infamous for being at times barren. The Gameboy was next to both the NES, SNES, and N64 .. but it hit it's most popular point when the N64 was out, a system which also had a very barren release schedule. The first few years of the DS and the Wii was a near perfect combo, but look at how poorly Nintendo supported the Wii in the last 2 years (you could argue even 3). If you brought up major third party releases maybe you could make a point, but you didn't.  This has always been a problem for Nintendo, it's just now the solution isn't to pay for two consoles.

I do, I love my 3DS serves a different purpose than my Switch.

The idea is laughed at for three main reasons:

1. Comparisons between Switch and other consoles usually are LTD for Switch vs. lifetime of other consoles.
2. Quality of released first party games is deemed to be of little to no relevance.
3. Third party support gets conveniently ignored.

Regarding your other argument that Switch as a hybrid is a handheld device, it's pretty obvious that a hybrid needs to be of a size that allows it to be legitimately portable. How else do you imagine a hybrid?

On topic: Pretty clear poll results so far. Most people grasp that spending money on only one piece of hardware leaves more money for games.

Not right now. I think their next gen should be a re-imaging of this hybrid style. A single development platform sure. But rather where games can be played on a dedicated handheld or a dedicated console neither being top of the line super expensive.

But maybe that is asking too much from Nintendo and their fans.  I personally find the switch to be way too big and have such poor battery life that I would never consider it for dedicated handheld gaming.  A sentiment that is not shared by the vast majority apparently.