Is Nintendo Switch really a success?

You forgot to add that the Switch dosent have Netflix.This alone is a big enough reason to warrant an Exhibit I to your list of arguments.

Or the ability to call and text.

OK, I'll bite.  This thread may be satire, but the points are still a lot more thoughtful than they guy who recently said, "The Switch is making the same mistakes as the Wii U."  On this forum the OP is actually a victim of Poe's Law.  (Or perhaps I am the victim.)

Exhibit A - Switch is the successor to both the Wii U and 3DS, and it's selling slower than its predecessors

The most important thing to a business is profitability.  This is even more important than market share.  (Although the Switch is doing great here too which I will explain in the next paragraph.)  Nintendo had terrible profitability during the 3DS/Wii U years.  In fact they had to cut the price of the 3DS from $250 to $170 after about 8 months on the market.  This caused Nintendo their first loss that they have ever posted since they have been in the video game business.  On the other hand Nintendo's profits have been up ever since they've started selling the Switch.  Their profits are much better than anything they posted during the 3DS/Wii U years.

Also Switch has better market share than either the 3DS or Wii U.  The 3DS took an early loss in order to get a majority share of the handheld market.  Nintendo effectively has 100% market share of the handheld market.  The Switch's only potential handheld competitors are the 3DS (Nintendo's last gen handheld) and the Vita which has just announced that it is about to be discontinued.  Switch also has a larger chunk of the home console space than the Wii U ever had.

100 billion yen sounds like a lot, but it is only $910 million (US).  Nintendo made $1.62 billion in profit in its last fiscal year alone and it's still just getting going.  Mobile is just a secondary source of revenue that also markets Nintendo's IP at the same time.  Their core business is still the console business.

Investors are fickle, but I can somewhat understand this.  Nintendo hasn't released a major first party title all year that compares anywhere to its top 4 games of 2017.  It has big games slated for this holiday and once the holiday sales figures are in, investors will be happy again.

Exhibit D - The 3DS was a better portable than Switch is

The Switch has a much bigger screen than the 3DS and also has a better library including GOTY, Breath of the Wild.  Both of these things greatly increase how much a person enjoys a handheld console.  Also battery life varies wildly according to what game is played.  I suspect one reason that indies are so popular on the Switch is that you can play these games for tons of hours without having to recharge.

Western third parties gave token support, only porting over very old games the first couple of years and then support dwindled.  Switch already has thousands of games in its library which is far more than the Wii U ever had.  Also, going by the last direct, third party support for the Switch is increasing in both quantity and quality.  Civ 6 is exclusive to the Switch console, not to mention other PC ports like Diablo 3 and Cities Skylines.  Katamari Damacy was originally a PS2 exclusive and of course all those Final Fantasy games were always assumed to never come to a Nintendo console, but now they are coming to Switch.

Switch already has great third party support and it is getting better as it goes.

This is your worst point and it doesn't even warrant a response.

I personally don't like paying for online services for any console, but it isn't too different from what their competitors are doing.

Switch has been doing great so far, and yet this is only the calm before the storm.  Nintendo has been holding back on their big first party releases until the holidays this year.  We also know a ton of great third party games are coming in the near future, and we only have a taste of what is coming in 2019.  The Switch is about to take off like a rocket.  Clear your Switch backlog while you can, because a ton of great games are about to come out.

This. I own a Switch because BotW and Odyssey are once in a gen type of games. Nintendo owns the metacritic top ten for the most part, the experiences you get from their Mario and Zelda games are unmatched. The Switch is out selling XB One since it's release it can't catch the PS4 but Sony is having a fairy tale gen in terms of sales. The Wii U was a commercial failure the Switch isn't. Nintendo is selling this thing for 300 and the best selling titles Kart, Odyssey, and BotW have yet to get a price drop. They are making money. 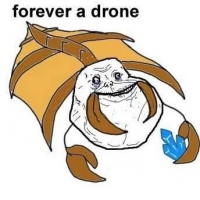 My sources tell me it'll sell 240 million lifetime, I trust this source and I'm sticking to it to the end (as one should).

I Hope your mind is at peace now.