Why can't Sony ever do right in the eyes of the consumers? People always complain

Forums - Sony Discussion - Why can't Sony ever do right in the eyes of the consumers? People always complain I am by no means a Sony fanatic quite the contrary if you consider my posting history on this site. However, I have noticed over the past couple of years people on social media have whined and complained about the smallest thing Sony does that may not sit well with them. One big example that comes to mind is their refusal to allow cross play between all consoles.. clearly as the market leaders it makes huge sense NOT to allow cross play, if you just look at it from a business perspective that is. Last gen, when the Xbox 360 had the upper hand they had refused to do cross play with Sony, for the same exact reason. There are other smaller examples too that I notice people complain about. I swear I have never seen anyone on the internet criticize Microsoft for their lack of 1st party support. I as an Xbox One X owner (I do not own a PS4 or a Switch) would love to see my console receive 1st party support thus it angers me greatly when all I ever get is Forza every single year (although Forza is great).

I just never seen any gaming company receive so much hate or criticism. Am I just noticing this accidentally or is everyone else aware of this as well? 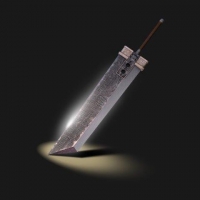 Crossplay for PS4 is going to be a thing now once beta tests and polices are being scrubbed now that the needs of the few outweigh the needs of the many in this case. So that portion of the OP is now mute. The lack of good a new 1st party Support on Xbox is a very real issue though that you should take seriously of the complaints. That is THE reason why they are being schooled by the competition.

Silly question, they're obviously doing way more right than wrong as one look at the sales will tell ya. And what do ya know, Sony is going to allow cross play now, so the complaining worked.

the squeakiest wheel usually gets the oil.

Most people are happy with the PS4. It's just that there's a very loud minority of complainers online. I don't see how not having cross-play is anti-consumer honestly. Is it some kind of mandatory thing now? 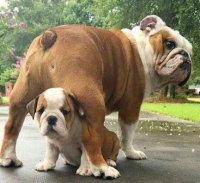 You have got to be kidding me. They get a lot more praise and appreciation than most console manufacturers. All of them screw up from time to time. I actually am getting bored of Sony. If you don't fail, you have nothing to build upon, everything feels like it's taken for granted. That's not fun..

Nintendo and Microsoft get much more citicism than Sony.

Are you serious? Seems like you have a bias mind!!

Every thread you make is really silly!

Eh, I don't think any of them see more than the other. I have noticed that each company sees specific types of complaints, however.