Nintendo has always had somewhat of "Kiddie" stigma attached to them. It was especially bad in the GameCube era where as the rest of the industry was focusing more and more on guns, blood, and boobs. Nintendo gave gamers cartoon Zelda, Eco Mario, and candy colored ant games as the big titles. They made attempts to win the "Mature gamer" with Metroid Prime, and Eternal Darkness. But laughable marketing, and lack of third party support prevented gamers from taking it seriously.

With Nintendo Switch, times have changed. Not only is the console much sleeker than the GameCube ever was, not only do Nintendo's newer titles feel ballsier and less risk-averse. But the gaming landscape has changed. Rocket League, Fortnite, Overwatch, Minecraft, among others are all popular with kids, teens, and adults. You still have your gritty titles, but it no longer feels like the industry is trying to grow up, as it already has. Switch also has reliable third party support for once, unlike the GameCube. And Mature games are also selling well on it.

With all this, do you feel that Switch has for the most part, completely erased Nintendo's "kiddy" image? I mean, it was understandable in the Gamecube era, and Nintendo wasn't helping at all. But with the Switch? There's no real excuse.

No, haters still cling to the idea. Does not make them correct though.

The Switch was made for adults first, as the ads show. It has IPs like DOOM, Octopath Traveler, Wolfenstein, LA Noir, Skyrim, Disgaea, Xenoblade, Outlast 1 and 2, Diablo, etc on it now. None of these are geared toward kids.

They continued investing in Bayonetta and brought back Prime. Even games with artistic styled graphics such as BotW are catered to adults gameplay wise, as kids get lost in such deep open worlds. Games like Splatoon 2 appeal to both, and are neither kiddy nor adult.

So no, the Switch is not made for kids, nor does it look like it is. However this is the internet and haters will cling to whatever they can to downplay, especially when what they are hating on is successful. False as it may be, the idea will never die.

They seem to be trying to somewhat shake the kiddie image and appeal to college gamers while maintaining a family friendly image, so that they'll still sell to kids, but also sell to teens and young adults, and older adults that want to have adult games but also share their console with the kids. Their marketing is about as good as you could get for accomplishing this, and they are making steady inroads towards this goal. However, I think some of the kiddie vibe to their brand is clinging on, and they have a ways to go before it's completely gone. However, by the time they finish, they'll have appeal across the ages without losing their iron grip on the market for console games for younger children.

Yeah broad appeal is a great thing.  I was browsing the PS4 with my wife looking for a game for her, my stepson, and I to play together.  Could not find a single damn game that appealed to her and had local co op.

Meanwhile we fire up the Switch and are currently playing Donkey Kong, Kirby Star Allies, ARMs, Mario Kart 8  and have Mario Party pre ordered.  Now she is even open to trying Diablo 3  when before she was not. 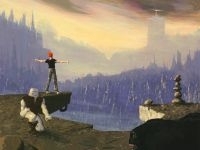 The only people that I know that have bought a Switch are all more than 30 years old. Kids are playing fortnite either on PS4 or on their phones. In between they try the Switch of their father.

Switch is actually seen as a console for 'old' people now.

Sadly there are certain people that will never let the kiddie-image go. But we know better so it doesn't matter

Splatoon appeals to both because it's geared towards teens, so it ends up reaching them, as well as younger kids that want to be cool like their older siblings, and adults that are still kids at heart but just can't do the complete E for Everyone child friendly aesthetic. I'd argue that marketing for Zelda has shifted to teens as well, but with a less edgy aesthetic, using depth of gameplay to make the appeal instead, as you said.

I think that while there always may be some haters, eventually if Nintendo keeps at their current marketing and branding, and keeps making games with adult appeal, the kiddie label just won't stick, and the insult will ring really hollow, and eventually we just won't hear it as much. It may take through all of Switch's and its successor's lifetime to really acomplish this though. If Nintendo courts a generation of younger gamers with its titles with more kiddie appeal, but gives them plenty to want to move onto that feel less kiddie for when they want to feel older, and plenty of adult content for when they go through the phase where they lash out at kiddie things so they don't get made fun of in high school, eventually you'll have a whole generations of gamers that never felt the need to go to Sony or Xbox to avoid looking childish in front of their friends, and the insults won't even make sense anymore, because they could point to Nintendo games they play that aren't childish, and point to Sony's and Xbox's attempts to appeal to kids and say "so if I'm kiddie because Nintendo has Mario/Yoshi/Kirby, why aren't you kiddie because Xbox has Lucky's Tale/Kinectimals/Ori or Sony has Knack/LittleBigPlanet/Tearaway?" And eventually even the haters will feel like it doesn't really work as an insult and shut up.

No, like others said, some people will always cling to the ''Nintendo is kiddy'' mindset to justify their own hatred towards the company. I personally think overall its gradually changing to the middle ground for them, not all kiddy,but not totally mature either. They're approaching the middle line.

There are still people who think that a film is for children if it's animated, so I doubt the idea will ever truly be gone.

Nintendo seems to believe the Switch is for kids based on how they're against messaging and voice chat.