Fortnite - warning DO NOT play on PS4, or you can't play on Switch (and quick start guide if you're sheltered like me, and didn't know about this game before)

It has been like this for the Xbox One. People just didn't notice it, cause who woudl play fortnite on both systems? You woudl play it on one or the other. Most poeople don't have both of those, and even if they did, they are likely plugged into the same TV, so why woudl you play on PS4 one day and next day XBox. You wouldn't. It was a problem that no one noticed, cause the situation only happend to a few people.

Now though, you have 2+ Million switch owners all trying this day 1. Likely a couple hundred thousand of that 2 million own a PS4, and thus ran into this problem. That is a a lot of poeple. And it's not so easily burshed aside as it was before. Before its easy to say "just play on PS4 then, ignore the xbox" That works for that, because they are both the same system essentially. The Switch though works as a handheld, and that is something peopel want.

Yea, that sums it up better. Apple locks you into playing on its computer, cause somehow anything you buy in WoW, or part of the subscription costs they get. That is essentially what Sony is doing. They want all fortniters to purchase the micros on their system so they get a cut.

I guess hypothetical situations fly over your head huh.

False equivalencies are just that. 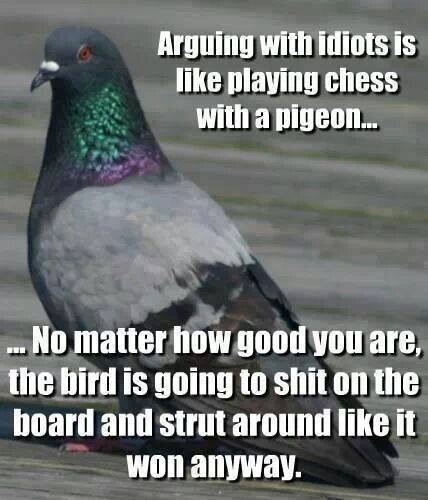 E3 is over. I'm fine with being banned.

This WoW analogy is beyond ridiculous. You're signing on through Blizzard servers. Money is going to blizzard. Computers are not consoles. It's a false equivalency. Nothing else.

Fortnite is a game. Game discs are games. You're going through different servers. Consoles

Uh, what? You’re either extremely confused as to what is going on, or are being deliberately ignorant about it in order to dismiss it.

Epic has an account system where your content can carry over to other platforms. If you’ve ever logged onto a PS4, you cant carry that content to Xbone or Switch. You can have purchased 100% of your content on PC, only logged onto PS4 once to show off cosmetics to a friend, and now you’re locked out if you want to use your account on Fortnite for the other consoles. Sony holding accounts hostage like that doesn’t really have any precedence or comparable situation that I know of.

I'm confused how at the end of the day this is Epic fault. How is it Epic's fault that Sony has a policy that block third party accounts from being used on multiple platforms. What do you want them to do, break that rule and be sued into oblivion, or not port the game and lose out on tens if not hundreds of millions of dollars. Sony is the root of the issue for blocking these accounts from being used and its them being anti-consumer. While Fortnite money might help them put more money into there investors pockets, it doesn't change the fact that its anti-consumer to block your customers accounts.... I think you should know that according to the NPD, 40% of US Switch owners also own a PS4, Sony is potentially fucking over 8 or 9 million people right now. But they are doing For the Players I guess. You can seamlessly transfer your account between XONE and Switch. Even after linking your account to PSN, you can still use the same account on PC and iOS, and everything you unlocked or bought on PS4 will be there.