Yea its amusing. There are two types of articles right now being made.

1. Downplaying Trumps part, saying he did nothing, the summit is worthless, the document nothing, ect.

2. Uplaying Kim as this awesome person, that he played trump, that he is winning, ect.

Reminds me of Russia situation. Russia is super evil, Putin the devil, Trump best friends, ect. That is until Trump does something or says something against Russia, then Russia is the good guy, they are to be trusted, ect.

Hell, I'm sure you guys have seen even on this website, people have been using North Korea or Russians newspapers or articles to prove a point about something. Yes, let's use the biggest propaganda news in the world to prove a point. 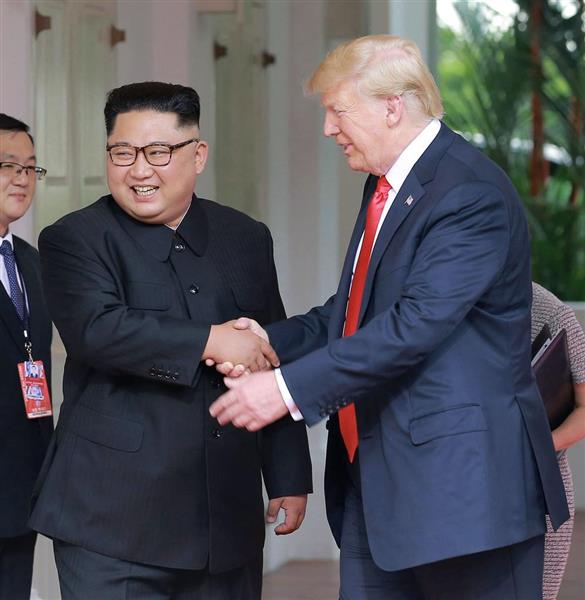 5 years ago Rodman and Trump prepared the deal

He did nothing of that sort.

It was the South Korean president who invited North Korea to the Olympic games which opened a dialog between both countries. Also Kim's failed nuclear program which lead to a collapse test site didn't gave him much more choices to go further than he was already doing. The country was hit with heavy sanctions. Its people were / are suffering.

Now Trump going in and is calling both himself and Kim as Hero's is the ultimate insult. Just look at his ridiculous video he let produce.

There were plenty of other factors at play and Trump takes the glory all for himself. This is just a big NOPE!

Trump could have just followed in Obama's steps and fund 'moderate rebels' with billions to force a regime changes around the world. It is surprising to see peace politics after 16 years of non-stop warmongering from the Bush/Obama administrations.

Let's not pretend that this never happened:

Well done Trump, did not see these kind of actions from previous elected. (or it has been some time)
But offcourse most find it more important to bitch about social media crap :p