Square Enix: Fans will decide what next Remake will be

Forums - Gaming Discussion - Square Enix: Fans will decide what next Remake will be

Honestly, I'd probably love it if it was photorealistic, too. I just like Mana. It's the first really good ARPG.

Sure, you guys want them to take what you love about a game and 'remake' it so it's not the same game, ala FF7? Over just making a new FF game?

If they are going to make a remake, remake FF6 just an exact gameplay replication just updated graphics but I'd prefer they spent their time making new games. New stories and stopped relying on nostalgia.

Yes, I would love to experience the old games in new ways. It's like getting your first playthrough again.

And I would prefer to rebuild FFVI from the ground up like VIIR. If you want the same game, then play the old game. Xenogears deserves it the most

Well when I said "the Draw system", I was referring to the whole thing in general.
However, losing stats when using magic isn't necessarily a problem in itself. If your base stats (without any junction) is what you're supposed to have, and any junctioned stats you get are just 'extra', then it doesn't pose any problem per say. What I think they could have done better here is to emphasis this more. They could have given players things like more traditional gear to wear aside from weapons, and incentivized the use of magic more by for example having junctined magic regenerate over time. That way you feel like you were wasting potential by not using them.

As for the basketball field scene you mentioned, I would have a problem with it if it hadn't been implied and hinted at several times earlier that GF cause memory loss. One of Cid's faculty members addressed it, but claimed it was propaganda. In a study panel, it stated that "memory loss is a possible side effect, but it's not proven yet." In Selphie's diary she expressed concerns over this as well. And perhaps the most interesting hint was when Irvine, introduced as the best sniper of his Garden, hesitated to shoot Edea. We learned early on that Irvine had not started using GF's until recently, so his memories were not as foggy as the rest of the crew.
And from there, it's not hard to see why some of them were drawn to each other. Quistis still had lingering sisterly feelings of wanting to replace Ellone for Squall, which she later mistook as feelings of love as she forgot their past. Seifer would become aggressive with Squall because they used to fight as kids. Etc.
And with Matron being the one who founded SeeD and Garden, it's not strange that the kids ended up there. The only real "coincidence" was that those who were adopted (Selphie and Zell) ended up in a Garden as well. But there wasn't much else worthwhile to do for Selphie growing up in Trabia, and Zell's hero growing up was a military man. We've had far more coincidental encounters from people who knew each other in other games. Even Final Fantasy games.

And on that note, in FFX a bunch of the main cast knew each other since Yuna's childhood. Yuna, Wakka, Lulu, Kimahri, Auron. That just leaves Tidus and Rikku as the odd ones out. No one is freaking out about that because the story was easy to follow. In Final Fantasy 8 it was developed through subtle hints here and there. However, I do think they could have given us more hints than they did. But it wasn't even close to something I would be up in arms over. I like when there are subtle hints like that in games. Persona 4 is another example where there were hints about the identity of the killer all along, but most people I talk to never noticed any of them.
And one more thing to add to the basketball court scene. At the end of it you see 'fairy dust' falling from the sky. It's not explicitly stated in the game, but it looks the same as when Ellone used her powers to connect people in the present to people she knew in the past. In other words, it's not that they randomly all of a sudden remembered that they knew each other. It was because Ellone connected them to the memories of their past selves.

As for Xenogears/Chrono Trigger/Final Fantasy 9, Chrono Trigger has no major graphical or gameplay problems. And I would say the same for Final Fantasy 9. Especially because they released an HD version already, which looks fantastic. 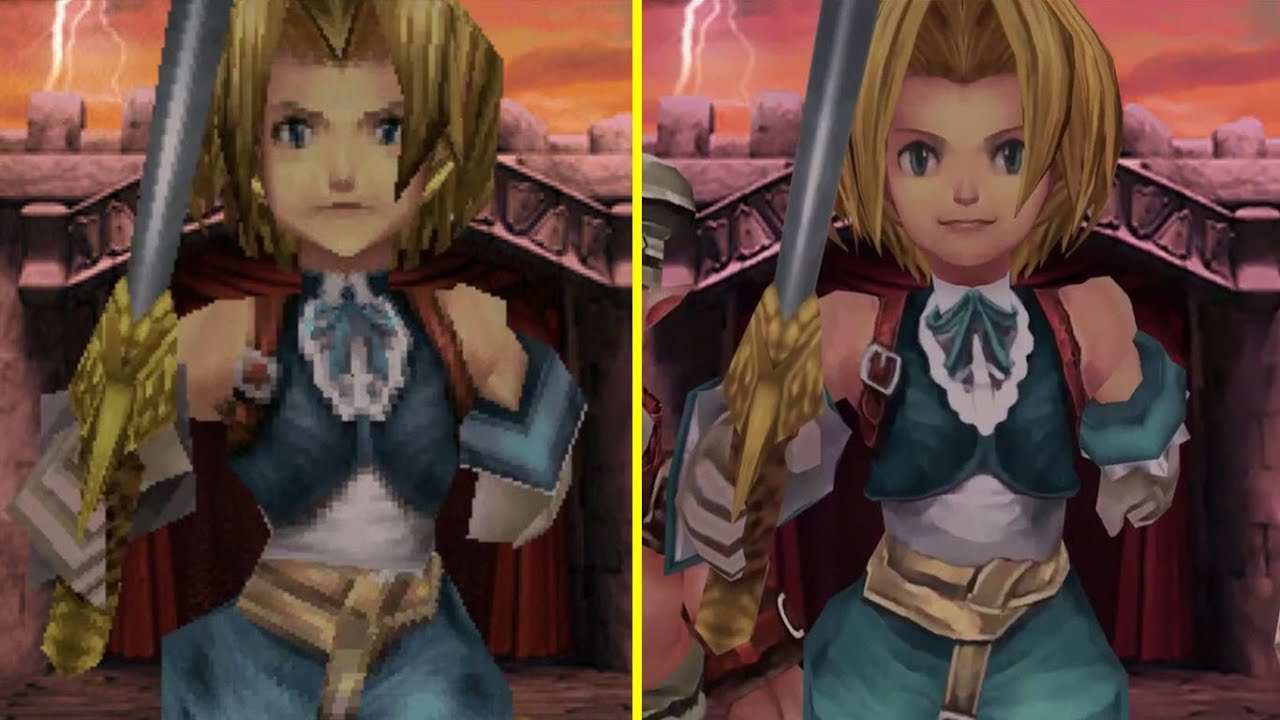 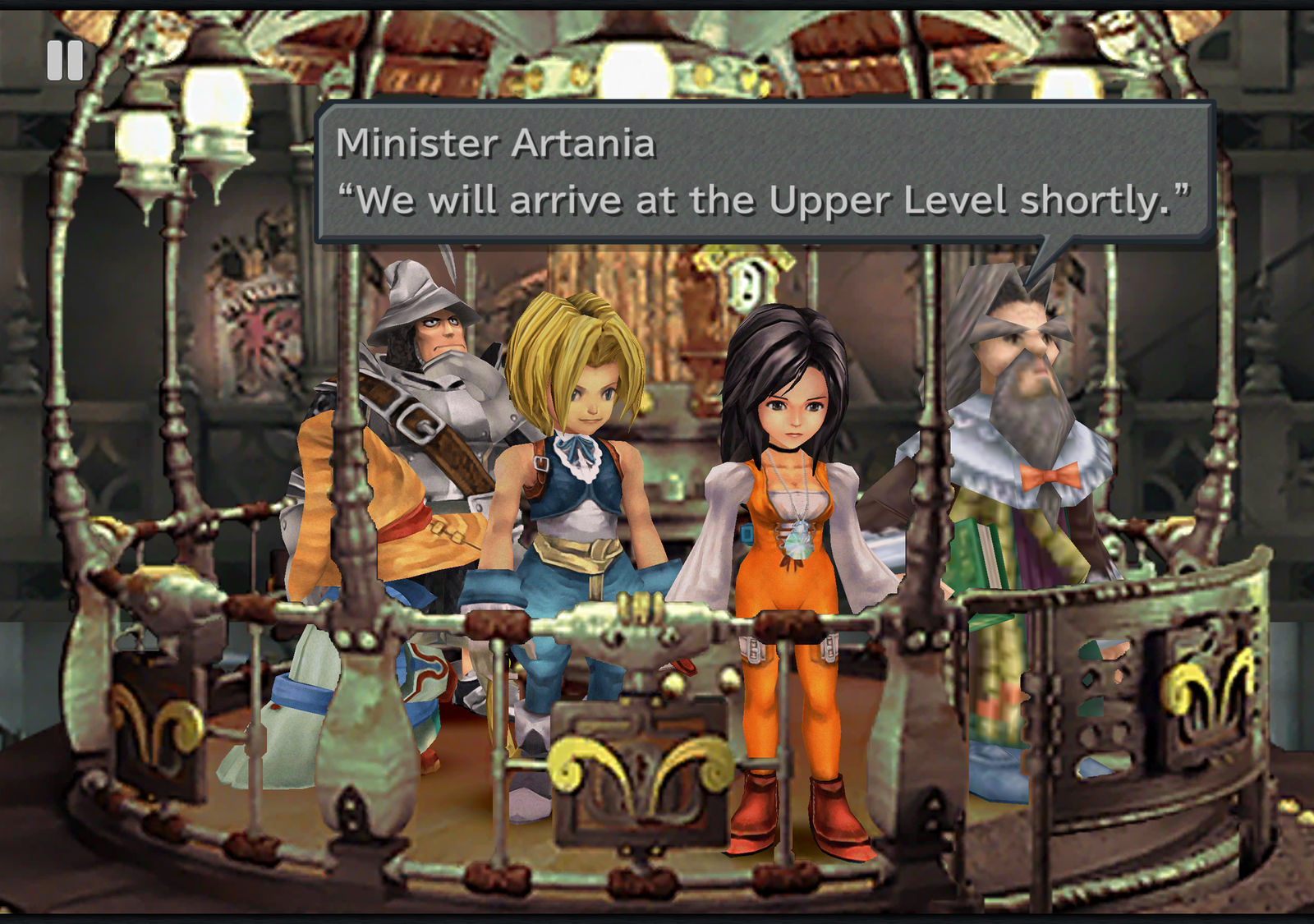 So FF9 and CT are further down on the priority list, imo. Xenogears however would be high up on it considering Disc 2. The video is from last year. They said this a long time ago. Not sure why there’s a new thread for old info.

The thing is the memory loss thing was very difficult to swallow. Either they have memory loss, or they don't. It made no sense how they suddenly all remembered at the same time in that conversation. If they remembered slightly, they should have at least asked. Do i know you from somewhere? I seem to remember someone that looked like you. Like... these people look familiar.

To wait until all the childhood friends were together, no one said anything until that moment when they all have a collective remembrance was so forced my jaw dropped to the floor and i got scarred for life. It was such a ridiculous forced plot point it ruined the game to me (with the draw/junction system being badly designed). I could tell the devs didn't think about where the story was gonna go and just decided to go with that at some point.

In years past i would've said FF8 is one of the worst FF's ever. It kind of still is... but the series got dragged through the mud with FFXIII and XV that it makes it look good.

I'm just going to point this out, taken from the SNES game manual: The remake is pretty faithful to the original style if you ask me.