Valve removes Japanese game from steam because its audience are Pedophiles, according to them

Forums - Gaming Discussion - Valve removes Japanese game from steam because its audience are Pedophiles, according to them

Valve has made some pretty interesting moves as of late with a lot of community members having a tendency to be surprised when Valve takes action on their now saturated storefront Steam. These instances have varied from Valve cutting ties with developers who were harassing customers, faking reviews and, in other instances, action is taken in regards to a game’s content, such as what has occurred with recent events surrounding games like House Party and You Must Be 18 or Older to Enter. The subject of the article today is in regards to the game The Key to Home, which is no longer viewable on Steam due to the game being pulled by Valve.

The Key to Home was a visual novel that had its store page launched back in November and had a release date scheduled originally set for Winter 2017 but then pushed back to Early 2018 as the English translation for the game was still being worked on. The game was being developed by Katsudou Mangaya, whose only previous work on Steam is a free to play game called Beneath the Cherry Tree, described as a Japanese literature. The game was also being published by Henteko Doujin, who has a somewhat greater presence on Steam than the developer with Henteko publishing a number of other other games including a free to play fighting game called Brief Karate Foolish, an action game called Soul Saber 2 and a free to play strategy RPG called HEBEREKE!: March! Red Army Girls’ Brigade. Snapshots of the store page were taken by us via Google cache archives of the page prior to the cache’s removals. In addition to these, the trailer for the game can still be viewed here.

The game’s description reads as follows:

The description also goes on to give descriptions of each of its main cast of characters into great detail. Despite attracting a small fanbase on the Steam community hub with people looking forward to the game, the game was pulled by Valve on December 4th before it even saw a release. The publisher of the game, Henteko Doujin two days after the removal went on to the game’s community hub to talk a bit more about the removal in the discussion titled ““The Key to Home / いえのかぎ” has been deleted from the steam store by Valve.” In the discussion, Henteko states this:

Henteko, within the discussion, then goes on to defend the game saying that the intent of the game is the opposite and talked about how within the game one of the main messages it tries to promote is awareness of crimes conducted upon children.

To further defend the game, Henteko pointed out that The Key to Home is actually already being distributed in some Japanese stores and on these Japanese stores the game has been rated “appropriate for all ages.”

After this statement was posted, the publisher received a mixed result from Steam browsers, while as can be seen on the discussion thread there is a lot of support and a lot of people with more questions, with similar things viewable on the tweet that was posted by Henteko, the post has has resulted in Henteko receiving death threats.

After hearing of this whole ordeal, I went ahead and reached out to both Henteko, and Valve for comment. While I have yet to hear back from Valve, Henteko was happy to talk with me in regards to the events that have occurred surrounding the game and supplied me with some extra information and insight as to how the conversation with Valve went. What follows is an interview I conducted with Henteko to get some further insight on the game its self, how communication with Valve went and how the game was received by Japanese customers.

(Henteko’s first language is not English, hence why there is the usual grammar errors and other things as such)

Q: Firstly, how did your game perform with audiences and/or critics when it got its Japanese release?

Q: Did anyone from the Japanese audiences ever allege of anything that Valve are stating about your game?

When I asked for further insight as to what transpired between Henteko and Valve, Henteko was kind enough to actually give me the entirety of the e-mail exchange to use here. (The only things scribbled out in these images are uses of both the Valve employee’s name and Henteko’s real name, alongside e-mail addresses.) Here’s the exchange

So let me get it clear

- youre fighting against pedophiles, the girls are the heroines

- game wants to discuss this topic

= Gets still removed by Valve meanwhile all the assets swap keep flooding the gates of Steam, thats totally fine?

Yeah and people say Steam is a great platforms for Japanese Developers? What comes next Neptunia?

according to the devolopers there was also a mistranslation

Seriously this is a damn videogame when will the western market ever grow up? If the Japanese market is mature enough to handle these kind of games or stories why can't the American? Absolutely disgusting behavior imo, though at least the dev has alternative media for distribution - though those said media aren't as friendly to the Western market as a whole as Steam is. 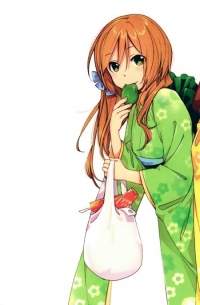 It's Valve's website, what they say goes. Pedophilia should not be tolerated in any way. Honestly Valve should have had it to where they track this games purchases and report them to authorities. That being said, depends on how much you want controlled and regulated or not.

I'm sure GOG is happy to pick this up.

God dammit, Valve is such a shit show.

Nobody ever said that, stop lying. Steam is generally a terrible platform for everything.

But that is a tricky thing to judge.Where do you cross the line between people that are phedophiles, and ones that simply like the cute girl asthetic, without having any sexual connotation to it?(The same reasoning would apply to games and animes)

As long as there is no explicit sexual imagery or heavy suggestions of pedophily on the game, I say its fair game.Otherwise its just Valve censoring what is essentially, in my view, different takes on a subject due to different cultures.

But one thing I will agree with you is that this is Valve service.If they dont want it because they dont like it, then its their right to remove it.

Now if this wasn't a visual novel there'd be no issue. A live-action film with the following description would be fine:

"A film that aims to raise social awareness of child and school related social issues through a story about four troubled heroines who, under unexpected circumstances, join forces with a young hapless teacher to fight against the evil forces that mean to exploit children."

Visual Novels (and to a lesser extent anime) just have a very seedy reputation in the west.