7 of 20 best selling are Playstation Store Cards... It seems like people is spending more money on digital market.

Will be difficult to do a proper comparison since XB1 X is split between 2 different SKU's. XB1 X Scorpio Edition most likely won't be restocked a 2nd time, so I see it dropping at least 20 spots before the end of the year after Cyber Monday deals and such. However, XB1 X Standard should be pretty close to making top 100 on yearly now, after a day of being #1 back in September, a top 100 spot for most of October, and a top 20 spot for most of November before it sold out a few days ago. Standard is back in stock again now, so assuming MS can keep it in stock most of the rest of the year, I could see both XB1 X Scorpio and Standard in the top 100 at the end of the year. Maybe #70 something for each.

Edit: Nevermind, Scorpio Edition is back in stock now. Color me surprised. Aaron Greenburg originally said that no more would be made, so I was amazed by even the first restock for it, truly surprised to see a 2nd restock.

8mil 9mil or maybe 10mil if they stock? How much did x1 ship in its first 2 years? (they stopped giving numbers in 2015 i believe 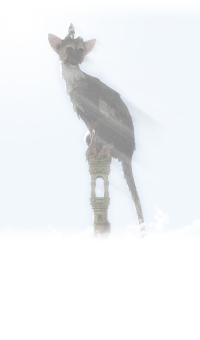 the concern for ps4 in the amazon threads happens every holiday. its annoying cus we all know amazon is completely unreliable and once january hits its back to ps4 domination but it is a little more mind boggling this year due to ps4 having its best year yet in the us yet people still think the tides are turning. granted its only a select few. the xbox one x has been hyped for well over a year now, in fact it was first mentioned all the way back at e3 2016 for fucks sake. xbox has a hardcore fanbase that will guarantee good sales at launch. plus we all know the vast majority are gonna wait till black friday to buy a ps4 for $199. in the mean time though, you just gotta let those who are excited about xbox getting one over on ps4 for the first time since last year have their moment to shine

By VGC numbers, which have mostly been adjusted now to match MS official numbers those years:

sony understands that the beast cannot be tamed and does not want to lose money on cutting the pro price.