That could only make a point about the here and now. It doesn't make a difference in the grand scheme of things. Even if by chance the death toll was now 25% less, the fact remains that the majority who wants guns banned (who are truthfully just saying we don't want to see inncocent people being killed), now have no choice but to take all of that gun concern, and use it to ban all knives. Otherwise they are simply hypocrites. One could easily assume however, that very little would be said about banning knives, because most of the people who are trying to ban guns, are the type of people who don't see the need for them in their own lives. However, to these same people, knives most likely are a useful everyday tool for them, so banning them wouldn't be ok. That's not how it works. Once you start down the rabbit hole, you can't stop until you get to the bottom.

By that logic, the reverse must also be true. You must open up all forms of dangerous tools because somebody may have a use for them.  Further, the slippery slope argument is flawed in that it suggests an equal mortality rate and an equal desire for banning down the slope.  If knives were involved in 5,000 annual deaths versus the current 30,000+ firearm annual deaths, the slope would flatten out.  The desire to ban knives would not be equal to the desire to ban guns because the negative impact is far less.  That's not hypocrisy, that's saving 20,000 lives.  I'm sorry if you can live with that.  Those of us, like myself, who have had to dead with gun deaths in the family, are forced to live it because too many people just don't give a damn.

And finally, I was genuinely curious regarding the numbers. Superman4 made a claim that knife deaths went up dramatically after a gun ban.  I wanted to know the numbers that warranted the adverb "dramatically".

By all means, find out what the numbers actually are. I in no way meant to stop that from happening.

The reverse is true. For example. Stopping all other nations from having nukes is purely to allow the Countries with nukes to hold ultimate power. Just like with guns, there are Countries that could or should not be trusted with weapons of mass destruction, but stopping everyone else from having them is not "politically correct". Don't believe me? Ask yourself why America won't let other stable Countries, that America doesn't like, have nukes, yet they give away guns to them like they are candy. Those guns could at best only lead to a very minor problem for America. Another Country with a nuke is a potential major problem eventually. The day America is a nuke free Country is the day guns just may be banned.

There is no slippery slope. It's a hole. Your either all in or all out. If you want to ban guns it needs to be in the majorities best interest. Just because it may save "some" lives, or because it effected you directly, is not a good enough reason, if you don't plan on following it through until everyone is saved, no matter the weapon. If all you care about are "some" lives and yourself, then your issue is clearly more of an agenda than a cause. It's like anything else in life. Just because you don't like something, or a group of people don't, doesn't mean it should be banned altogether. If you only want to ban something that will slightly help the cause, but you have no intention of following through, it clearly shows you have an agenda and that's it. An agenda isn't a good enough reason to ban guns. Saving innocent people from dying however, is. The problem, is that banning guns, based on what we know, would only be one small step to total weapon safety. Environmentalists don't just save a forest then forget about mother nature and just drop their cause. The EPA doesn't constantly add small rediculous regulations, they make a plan and when they have something worthwhile that makes a significant difference overall, they implement it.

My family has a history of cancer, so I should assume that the entire nation should stop everything and concentrate on just curing cancer for my sake? If they do care about cancer, but only a small amount because they have many more other important issue's to resolve, should I just assume they all obviously don't care and must be horrible people? Think about how many could be saved if we put all of our resources into curing cancer instead, if saving people is really the cause. Better yet, why not use all of our resources to "cure" or prevent mental illness, to specifically solve the gun problem? It sucks that you have had gun related deaths in your family, but how is that any different than everyone else's major problems, other than being directly related to this particular event?

Growing up on the farm we had guns and so did everyone else around there. Want to know how many of them were killed during my lifetime because of those guns? Zero. Not one person in over 25 years. That's because all of us kids were taught about guns, how to use them, how dangerous they are, how important gun safety is, following gun regulations, and how important human life is. Also, there were 2 local farmers who's families may possibly have been spared due to intruders breaking into their homes with illegal guns. Those farmers had their own gun to point at the intruders which caused them lay down their arms and end up in police custody.

Better more worthwhile regulations for guns, especially for over the top weapons, that are only truly useful on a battlefield, makes sense in terms of saving lives without taking away someone's legal right for protection. Banning guns altogether, does not.

I dont have an exact number for you but according to this article knife related attacks increased by over 10%. Gun crimes went down (obviously ) but they are still responsible for a decent percentage of murders.

"The latest homicide in Australia report by the Australian Institute of Criminology (AIC) shows 13 per cent of people murdered in 2008/09 and 2009/10 were killed by firearms, down from 25 per cent in the late 1980s.

But knife murders have risen from 30 to 41 per cent over the last decade."

Is this trying to say that Australia had more knife murders than firearm murders before and after the ban?

I mean look at one of Austrailias best movies ever. Crocodile Dundee. What is one of his famous quotes?

(FYI, doubtful Australia had anything to do with the making of that movie) 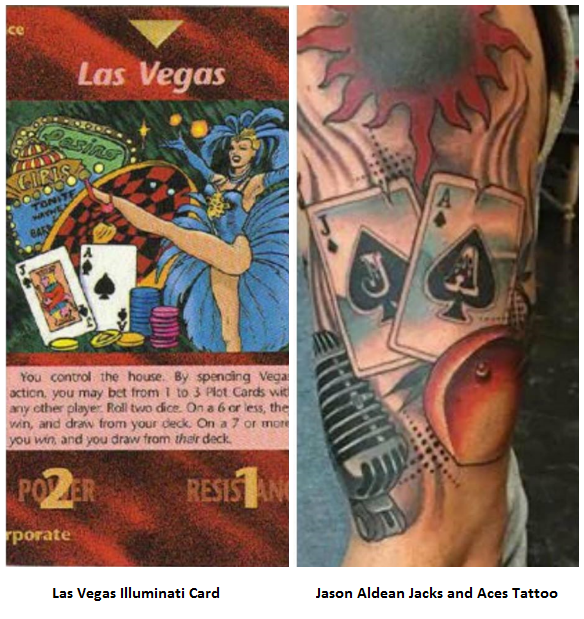 A couple of cards from the Illuminati card game, which has been around for quite a long time. Note the main headline of the "Mass Murder" card. Not trying to turn this into a conspiracy thing, just found it intriguing.

Well, it solves most of the problems with mass shootings in every other country.

By that logic we should ban cars to stop car deaths.