Well.... Didn't know the Switch would beast like that! Surprising to me!

Check the NPD archives listed at the OP

And the consoles are split 4 each. Good to see the PS4 getting some competition. Now fight over who gets my playing time. JRPG fight, go, go. What I expected, given reports of Switch's larger shipments and it being one of the slowest months of the year for ps4 (July and August are usually pretty brutal for console sales in general). September is more interesting, as theoretically Destiny 2 should be able to push PS4 to high numbers, though the game itself has seen a fairly hefty decline in other markets and the Destiny 2 pro bundle isn't likely to generate near the sales of that first Destiny white bundle. I wouldn't be surprised if the month is very close (between Switch and PS4) again. You can all thank Ethomaz for the lack of leaks this month.

Didn't know he leaked the info for you as well. 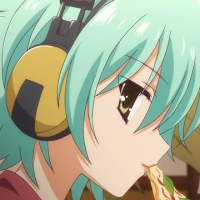 Fate Extella didn't hold, while Cars 3 did. Safe to say that Switch audience wasn't interested and that it didn't pass Marvelous's test. Further information on Fate Extella Link should enlighten us.

Can you share some hints on sales of hardware n softwares?

Can you show me the flying colors with which PS4/V owners passed the test in Jan & Feb NPD results?

Nice to see the Swtich doing well. I Wonder how much Splatoon 2 sold that month.