NBA 2K18 for Switch has same content and modes as PS4 version, runs at 30fps

I'm a little bummed above t 30 instead of 60, but I understand it why they would feel the need to go that route if they wanted to have all of the content there.
If you want to have every single featurw from the PS4/XBO/PC versions on the Switch as well and not cut anythting when the Switch is just technically and graphically inferior to the PS4 and Xbox One, aomwthig had to give. It was either this or go the EA route with Fifa where they could use a different engine or cut MyPlayer/My Journey mode for the sake of having the fame run at 60, with 1080p docked and 720 undocked.
Now I'm just waiting for what the storage space will be, though I already have a good feeling it's going to be theough the roof if past 2K games are anything to go by, so I'll most likely be waiting for physical. 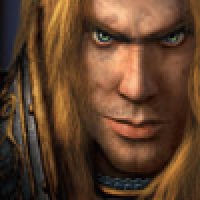 why does it say this then: In an announcement, Nintendo noted that "a microSD card will be needed for certain Nintendo Switch games that contain an especially large amount of content and require additional storage for players to enjoy the full experience."

At least one upcoming release, NBA 2K18, will be such a game requiring a MicroSD card in the system, as evidenced by the game's updated box art.

Nintendo is making sure not to blindside players who purchase games that need extra storage, though. A representative for Nintendo of America confirmed that box art, like that for NBA above, will have notices of this memory card requirement on the front and back of packaging. And for those downloading on the eShop, there will be the standard information noting how large the game is is.

Nintendo also clarified that games requiring the additional space of a memory card will still allow those without a microSD card to play portions of those games.

"If you purchase a physical version of a game that requires an additional microSD memory card, you will be able to play a portion of the game right out of the box (for example, specific levels or modes)," a representative for Nintendo of America told IGN.

"To enjoy the full game, downloading additional data is required. Depending on the storage requirements for each game, it may be necessary to purchase a microSD card to expand storage space. When purchasing a digital version of the game, it may also be necessary to purchase a microSD card depending on the game’s storage requirements and the storage available on the consumer’s Nintendo Switch console."

in otherwords, there will be games bigger than 32 gb, that you cannot install to your internal drive.

You need a SD card to install them, and you ll only get 32GB on the cartridge, the rest you ll have to download from the internet.

This was the 1 thing I wanted them not to do.

Its bad enough Xbox One/Playstation 4, has you installing games from media's and getting patches online.

I wanted nintendo to stick with everything you need, on cartridge.

No installing games (run them from cartridge) and no need to download stuff online to play them.

I guess thats not in the cards..... they should have made bigger cartridges.

Says here it is 25GB: https://www.gonintendo.com/stories/289064-nba-2k18-switch-25gb-file-size-retail-version-soon-after-digit

I googled it.... found a youtube video that explains it.

Apparently thats for the "digital download" version (the internet require & SDcard), because its 25.9 GB day1, and it ll require a day1 patch that ll increase size abit too. So they wanted to make it clear, you cant really get the digital version and install it to the internal drive.

Anyways looks like I overreacted, this should still run perfectly fine off of cartridge.

Luckily I have a 256gb SD card but that's still a big chunk of data!