Locked: This is the type of propaganda you'd see in North Korea 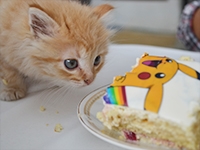 Is this Venezuela or the US? Mostly the reason why I never post in political/religious threads.  Though it's nice to see where people's heads are, in the end, "being right" about something they're wrong about has no value whatsoever.

But I will say, the best thing about Trump is, like the Nintendo Switch, he's just getting started and has at least another 3 years of headlines.

You're confusing shit.  Europe and the left in the states has the same policies and beliefs but they've become so far left that everyone that disagrees with them is considered far right. Bernie and Hillary would have no chance of winning if what you said is true. The left likes to use propaganda to steer people to what they want and to help their minds. That's why most of the news media, hollowood, tech valley is all theirs.

It's pretty wild that you think breitbart is a bigger concern compared to most of the media is pumping out propaganda for the left.

They really don't.  Listen to UK conservatives and they align much more closely to US Democrats. Bernie is a left leaning moderate in the rest of the world.  In the US, he's ridiculously far to the left.  Democrats have been going further to the left as of late, but they are still moderates in the rest of the world.  "Everyone that disagrees with them is far right." That's not even close to correct.

What kinds of propoganda is the left pumping out?

The majority of people who see "good news about Trump, brought to you by the Trump team" will view such a thing with cynical skepticism. This is the political version of 'Breaking news: "Cigarettes are good for you" confirms British American Tobacco CEO'. Only the people who are already fully on board the Trump train will believe this is the real objective news.

In a free society this shit ain't fooling anyone with 1/4 of a brain. And in a not free society it only fools people with 1/2 a brain.

The real fool is Kayleigh McEnany. She's basically ruined her career as a serious journalist. But perhaps she's no longer got any ambition to serious journalism and sees her future as a political spin doctor. If we're honest, Trump is most definetely better than Pence...

As a whole, my strongest beliefs on american politics currently are on electoral reforms. A system that gives only 2 viable options for the electorat is kust barely democratic, in my eyes. People feel obliged to abide to the group of opinions of one side or the other, and have become unable to view issues seperately (since they voted A, they feel the need to justify every single action that A takes, even if it isn't part of the issues which they chose A for.)

I really think that it's time that we dropped the terms "left" and "right". Issues should be regarded individually, and individuals should have the right to be judged independantly.

There is a tiny little difference...

America actually has a constitution in place that would prevent this. You should also know that the legislative branch holds most of the power, and I guarentee they wouldn't give that up to the president. But I guess we should put on our tin foil hats just in case...

Actually it's the state legislatures that holds the most power as specified on the consititution ...

The beauty of having separated powers ... (even though gridlock is included it's the most safest, stable and arguably desirable way to change)

If you call bernie who describes himself as a socialist, a moderate then yes, alot of europe is far far left.

In the us, it's fairly easy to point out. They like anything progressive and shit on anything the right says or do. They tried to win the election for hillary. In europe, bbc and politicians tries to hide the negative effects of letting in refugees and letting them live in those countries. I would have to dig up stuff for each part of europe but I don't have have all night for all that. If you're really interested then try to be objective and dig up stuff.

Turkey had a constitution that would have prevented this too, but Erdogan changed it.