So Sony Could Have Announced More Games at E3.

Forums - Sony Discussion - So Sony Could Have Announced More Games at E3.

Well, of course. As I pointed out in another thread, Sony will have seen the laclustre MS conference and adjusted theirs accordingly. You don't show ALL your aces if it's not necessary. Saving them for other events is a much more productive approach. No, Nintendo directs happen all throughout every year. Already we've had the Switch Presenation Direct in January, then a Nintendo Direct in April plus two mini Directs for ARMS/Splatoon and Pokemon and then the Nintendo Spotlight in June. So, so far this year Nintendo has had 3 major presentations and 2 mini ones focused on a specific franchise. 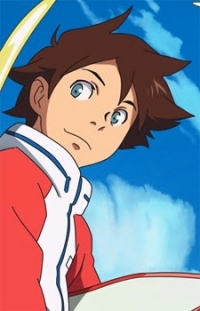 arcaneguyver on 15 June 2017
After last year definitely. I think most expected 2017 games, primarily Mario, and we got that plus Yoshi, Pokemon, Metroid 2 & Metroid Prime 4, with the last one being treated like the Shenmue 3 announcement. If the goal of E3 is to create buzz, it feels like Nintendo stole the show while everyone else played conservatively.

This isn't even news, and I'm sure Shuhei thinks as much. Sony has 3 conferences to think about, 4 if they ever go back to EU. Of course there were more games they could have revealed but chose not. This is just logical.

If the news was that they had stuff planned but decided at the last second to drop thm from the conference, then we have something interesting. This is just... natural.

Nah I think they'll be fine. The biggest problem for me was the games they showed didnt have a date. If they had done that for Days Gone, GOW and Spider-Man they would have won the show (and if they had added 3/4 from the pre-show it would have been a no contest)... but I've been reading EG's conference reports and now I see that perhaps the conference itself isnt as important as it should be.

1. You are trying to get as much press as possible over the course of E3 and not just a 1 hr show.

2. Sony have been doing a lot of live streaming of games.

3. They have a couple of other shows where they want to keep the hype up all year.

So now I start to realise that unfortunately the E3 show itself is less important to them as a strategy than perhaps it was, certainly helps when MS is looking alot weaker.

Better wait to announce new games before having another Final Fantasy VII Remake.
It was announced at E3 2015 but will most likely release in 2019 (in the earliest case).

According to social media, FIFA 18 was the winner when it comes to E3 buzz.

Exactly, they sand bagged their own conferance. I think they had enough games. Yes it was disappointing to not have any big new announcement.

But that's what you get when you announce way too many games for the last 2 years. They are so many games that we know of, and most of them don't even have a release date.
Death Stranding, Spiderman, God Of War, The Last of US 2, and third party games like Shenmue 3 or FF 7 remake.

Do we really need to have more games on this list? More games that will be release who god knows when?