Alot of that is because of choices made by the president before him.

The article I read right now was 12 to 15 billion... great, it's already increasing. US is gonna pay for the wall and then pay to tear it down when they impreach this clown.

There's already a wall built in the border and it hasn't stopped drugs, weapons and immigrants. How is a bigger wall going to change that? People use other methods to cross the border. If USA want to build a wall, let them do it, but they should pay it for themselves. Mexico won't pay a thing because it won't fix the problem.

They say if Mexico doesn't build a wall, we are going to impose huge tariffs on Mexico and hurt them severely.

And Mexico can do the same, it's just ridiculous if both countries get to this point.

This is probably the most ridiculous promise Trump has made during his campaign. Who goes around promising to do something, but then have someone else pay for it? It's just messed up. Trump is surprised when Mexico says they're not going to do it and then gets upset about it? Seriously... 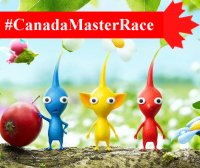 1 term president I pray...anyone who voted for this idiot I hope you relize the damage you have done to rhe world

Yes. We can imposse tariffs as much as we want. Now Peña needs to leave Nafta and invite China.