This, it amazes me how gullible people are in buying Trump's BS, he's more of a political clown than Boris Johnson and we didn't think that was possible in the UK.

It actually means USA people will pay for it, twice, because they will pay for the actual building of the wall, and now for overpriced goods.
People there will buy less stuff from Mexico, so it'll also hurt people that choose not to pay for it and will have to find more expensive alternatives.

USA only loses with that.
Mexico loses as well, but they can sell their goods for other countries instead of letting USA try to rule them.

The calculation here is that I doubt Mexico would want to engage in such a war. Especialy not with a leader that is at a historically low approval rating and doesn't need an economic crash on top of everything else. I believe we can make them bow and buckle and they'll fall in line with adequate pressure.

Not really, because that money then goes to other Americans providing those goods. You're keeping the money supply within the US. Furthermore if he just takes remittances then cost of goods won't be effected anyway.

Who else will they sell to? We can slap a saction on them and starve half the country if we wanted to. They will bow their heads. And we can also take remittances sent back which will not effect product prices, since he'd just be taking the money Mexican Americans are sending back to their families. We can put so much pressure on that government and it's people that we could break them in no time. We just need to grow some balls and throw our weight around. Trump is in his second week. He's just getting warmed up. The harm he can do to Mexico may be untold. They will bow.

I think you're lacking a pretty fundamental understanding how all this works. Mexico is dependent on the US to buy our goods. They will either raise their prices to help cover some of the loss (ie. this is what life is like in Europe) or take a profit hit to keep their place in the market.

The vacuum that would be created by lack of US purchase of Mexican goods would be far too large for those companies to not be competitive.

Hmm, you realize that the proposed tariff or import taxes on Mexican goods (based off last year's exports alone) would pay for the estimated cost of two walls across the entire border? Estimated costs are $15-25 billion and the proposed tax is 22% with $236 billion exported into the US in 2015.

And those "expensive" alternatives are either from the US or from other Central and South American countries. When one of your largest trade partners has a fairly substantive trade deficit in their favor, it's not uncommon for politicians to try to balance it out. When you have the leverage in trade situations, you don't concede. :-/ 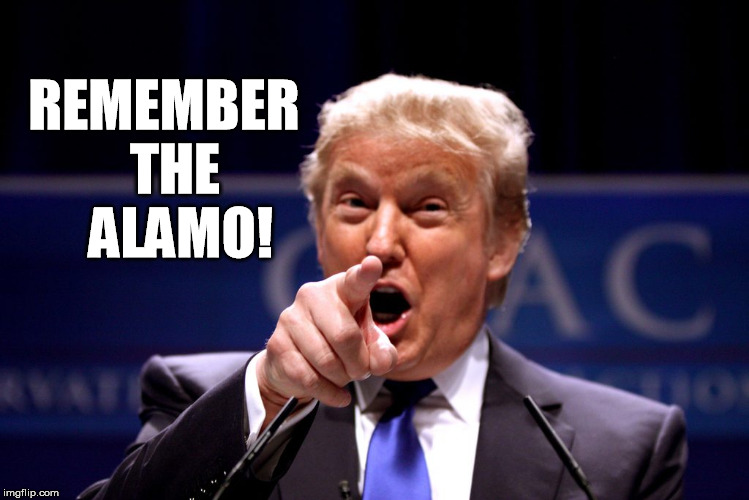 Lol, keep on with that 'Murica thinking, must be cool inside that little bubble.
Trump falls before Mexico falls, USA people itself will make it happen.

Sad that we have to have people that support lunatic self centered notions like this.

Lol, now they are saying "narcos" will pay for the wall. It's a clear indication Mexico won't pay for it and they know it.