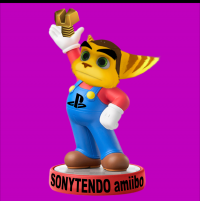 Why is it that so many Nintendo fans, in spite of hard facts, still jump on board the hype train, expecting Nintendo to actually release a competitive current gen system that can go toe to toe with the competition. Why do Nintendo fans, after so many disappointments,  think that Nintendo will change their ways and give Nintendo fans a machine they could be proud of. A machine that could get current gen third-party games that would be equal or superior to the other systems.

Even though I knew better, I found myself caught up in the hype and made many incorrect claims as to the power of the Switch. I said it would be close to Xbox One in performance. I said the Switch would get this generations third-party games.

I own a PS4, but I don't seem to get caught up in the Sony hype train. I knew No Mans Sky was going to be mediocre at best. Many Sony fans got burned on that game.

I guess I am a responsible Sony fan and a totally out of control Nintendo fan.

Have any of you ever got pulled into the hype, flew too close to the sun, only to have your wings melt? All the time. I realized when I am optimistic, my predictions are way off. When I humble myself and look at Nintendo's history, while at times I may be wrong (swith reveal at E3) I am often times FAR more correct.

I think if people treated it like a handheld that can be docked into the TV like me, they wouldn't be so disappointed.

The issue is you had rumors of the dock providing extra power with its own GPU/CPU/Magical Pixy Dust as well along with some FP16 nonsense and other stuff that really led people to hype their imagination.

Imo, it will always be a handheld/tablet that can be docked to the TV, not a magical hybrid that can teleport hookers into my room

Still day 1 for me Why is that people is so fucking whiny towards Nintendo and always talk about the same power bullshit and not about new option that Nintendo is trying to offer, the future gameplay design and games, omg but let's be happy because now I have more teraflops on my playstation and I can play shit games at 45 fps and upscaled 4k.

I think you're arguing two different points here, though. Yes, Nintendo fans should give up the idea of Nintendo participating in a self-destructive arms race with Sony and Microsoft. But, no, they shouldn't be ashamed of an under-powered system. Look what Wii was able to accomplish, or DS, or 3DS for that matter.

When Nintendo tries to appeal to hardcore gamers and make concessions to third-parties, as it did with GCN and WiiU, it fails.

Still hoping for that 6TF Switch Scorpio that will be released in 2018!

My wings aren't melted, Switch still is the most powerful handheld console of all time according to the rumors. So I'm not dissapointed obviously. Mowco on 19 December 2016
You seemed pretty bothered when you said this just a few days ago. "And btw the switch is going to be as powerful or really close to the xbox, that's what people were expecting because of the form factor." You also said you were "100% sure" it would be equivalent to an XBO in power. Why make such predictions if you don't care about power. http://gamrconnect.vgchartz.com/post.php?id=8199405

I was sure it was going to be atleast 600 Gflops... under 400 Gflops when docked? didnt see that.

Its 1/5th of a PS4 in terms of performance.
Its not going to get the multiplat games a PS4 or XB1 gets, its just not.

Im a little bit dissapointed, and its looking more and more like a handheld that hooks up to a tv, than a homeconsole.