What do you call people that just play the same games?. like forever!.

Forums - Gaming Discussion - What do you call people that just play the same games?. like forever!.

I'd call them married. 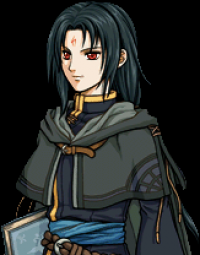 Not all Nihilists are gamers.

Smart..... They haven't got to spend £40 a week on new games to keep them self pleased.

I'm jealous of them. I wish I could dedicate myself to being great in just a few games instead of being mediocre in every game.

What is special are people that play the same game for years, regardless of the current console generation or computer specs. Those that are playing something for generations, over a decade with little pause. I myself have been regularly playing Rollercoaster Tycoon 2 and SimCity 4 ever since they came out.

A friend of mine is the extreme of this. I actually play other stuff too and could have stretches of several months without playing those games, but he has been playing and only been playing Warcraft III Reign of Chaos ever since it released in 2002, pretty much non-stop. I doubt he went without it for any longer than a week at a time in all those years, and the only time he plays something else is when I get him to play an hour or two of Anno with me.

I would call those people pretty hardcore in what they do. Maybe not hardcore in a "broad" sense, but more hardcore at a single game than I'll ever be and I do admire the dedication some have to perfect their skill at a single game. Not to just be good, but be exceptional and spend years to get there.

I don't got a name for them. If they enjoy the games they play, whether a small pool or not, who am I to judge them for what they play. Heck, I'm kinda in the camp. I've been playing mostly Fates since it's release. What would you call me? this is me with halo really, I play other games sometimes but I can only play 30 minutes to an hour before going back to halo. Idk I just consider myself a gamer still. Doesn't matter too much on what game you play as long if it's like not candy crush and clash of clans I'd consider someone a gamer. It's cheaper for me too though I don't need to buy any games I keep on getting free ones to add to my back log and all I do is play halo XDD