I Wonder if Microsoft will release some Xbox One numbers after the release of Scorpio. 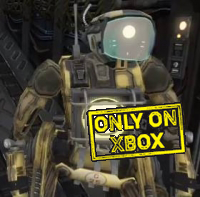 The 360 Fat models also recieved a price drop in June 2010 and those helped June 2010 perform better than May 2010 more so than the S did. August 2016 is different since the fat models got a price drop 2 months earlier. It does look like the XB1S performed similarly to the 360S since it the XB1S did at least 150k with a staggered release between diffrent models compared to the 180.7k the 360S did in 3 weeks. But yes, the upcoming months are crucial for the S to see if it increases sales or mearly halts the slow down of sales.

I can't find the 500GB Halo XB1s, only the FIFA 17 one which doesn't surprise me. The 2TB seems to be sold out (can only find one website which is selling it for €60 over MSRP) and I also found 1 website on which you can pre-order the BF1 LE and GoW4 LE.

Alright, except for the one 2TB version I didn't saw an other yet including stores like Game mania.

Good Xbone sales, but not that great. Especially when you consider Slim preorders too.