Last gen, did you survive YLOD and/or RROD?

This is very similar to my brothers 360, and yes, its definitely our Canadian power, lol. JK.

If you have no electrical knowledge, you could try and see visually if there's a problem, which could give you an idea where the problem lies. The problem isn't always clear to see visually though, so you could be wasting your time as well. You also would need to be a little careful because capacitors hold a charge and you could get shocked. It's unlikely, but possible if you don't know what your doing.

The mosfets will literally look burned or melted if it shows though visually, and the caps will either have the top "X" or "K" marking popped up like a dome instead of flat, or the bottom rubber is bulged out which usually leads to a tilted cap, or you will see some yellow fluid leaked out on top or below the cap. The cap can also be blown wide open on top with black "powder" all around it, but thats more rare.

If you can't visually see any of that, and don't have any electrical background, its best to take it in to a shop and have them use their equipment and knowledge to troubleshoot it. I got one RROD from one xbox and no other problems.
My Ps3 Slim (CECH-25xx) is still working like a champion for more than 5 years.

My fat Xbox 360 died, bought a 360S afterwards. Should have probably gone for a PS3 Super Slim or a Wii after the old 360 died. Elite 120gb. Jasper set chip if I remember correctly? Still running perfect, never had RROD, but I forget what the code was for a failed video card. Microsoft fixed it years ago and I haven't had issues at all with daily use. I did install almost every game to the HDD to avoid anything overheating.

1.Make sure power supply is NOT plugged in.

2 Make another jumper wire (insulated) and touch one bare end from one of the middle 12V tab, and touch the other end straight down to the bottom GND tab.

4. It should turn green and the fan should start. (you may have to jumper all three, 12V to GND tabs, at the same time. I can't remember exactly if it was just one set at a time or all three sets at once)

As long as you just go middle 12V, straight down to GND, you'll be fine and you won't wreck the power supply. Just make sure your only touching insulated wire though, as touching any bare wire or connector tabs will give you a good jolt.

5. Make sure to DISCONNECT power supply after testing and REMOVE all jumper wires when finished.

My old power supply simply goes red when I close the pwr enable circuit. I guess it's faulty. The borrowed one worked fine before I got my hands on it and I assume my 360 didn't wreck it. Anyway I don't feel comfortable to short circuit it to find out :)

Alright no problem. Based on your explanation that you can solder and use a meter I figured it might be worth a shot.

You actually wouldn't be shorting out the power supply per se, and the short amount of time you would be making the connection to verify, wouldn't really hurt anything. Keeping the jumpers on for a very long period of time would eventually do damage, but we're talking a long time.

Have you tried looking up the more specfic secondary codes ?

An Xbox 360 with three flashing red lights will not power on, so the error message must be obtained by an alternate method.

Power the console on so the three red lights are flashing. While holding the sync button on the front of the console, press and release the disc eject button. The lights will begin flashing in a different pattern. The number of flashing lights in this new pattern determines the first digit of the secondary error code, ranging from 0-3, with all four lights flashing indicating a 0. Continue to hold the sync button, and press and release the eject button three more times to obtain the second, third, and fourth digits of the secondary error code in the same method. Pressing the eject button a fifth time should return the flashing lights to the original Red Ring of Death pattern. You have now obtained your 4-digit secondary error code.

To determine which error message corresponds to your secondary error code, use the error code database provided by Xbox-Experts.

My brothers code was (E01) 0001 - short circuit in the console/faulty psu. Some of the codes are very specific so its might help you more than just guessing. It may also help the shop you take it to depending on how familiar they are with 360's.

Of course! Then again, I bought my 360 after the RROD stopped being an issue! The same can be said for my PS3 I think. 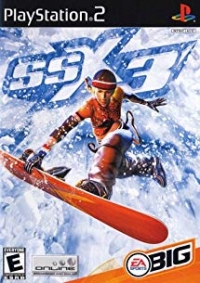 My brother had 3 rrod incidents

Got a slim that's been running fine since