yeah i ended up doing a stealth edit to my response. It has more to do with contrast, and having a wider range of displaying color even to 1080p images. apparently making images even more dynamic. Some are saying that HDR is going to be more important than the resolution of 4k.

Also I mentioned that Sony is getting ready to release a HDR capable smartphone. the Xperia premium X.

Yeah I read that too, about the high quality HDR function TVs looking nicer than just throwing out the image at 4k without a good dynamic range on the image, I guess a low quality picture at 4k is still a low quality image... just a bigger one.

interesting. I wonder how many will be upgrading to 4k sets within a year on this site. personally for me, Im still fine with my 1080p tv. I dont seeing me upgrading for at least 2-3 years. It's low on my list of wants right now. just bought a home, and want to start restoring my 68 California Special more than sit in front of a tv.

Eurogamer just did a nice article on what HDR can do for games.
http://www.eurogamer.net/articles/digitalfoundry-2016-4k-hdr-what-does-it-mean-for-gamers

Unfortunately it also highlights a problem with current HDR during day time viewing.
http://www.hdtvtest.co.uk/news/4k-vs-201604104279.htm
In a nutshell, in HDR mode the brightness of the tv is already maxed out at very low ambient level
For HDR, the industry is considering 5 nits (cd/m2) to be a desirable surround luminance level. (5 candles in the room)
Your 1080p tv dynamically brightens during the day, HDR can't do that and the picture will appear dim under daylight conditions.

I wonder how games are going to tackle this. 10 bit color will be a huge difference, yet if the peak required brightness enforces an overall too dark image it would be mostly wasted. I imagine it will come with some calibration options at first. Like many early HD games had you adjust tv settings, some still do. 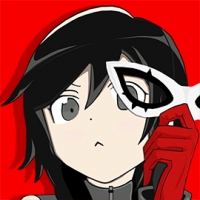 I'm a bit confused. So what you're saying is, the Neo's primary competition will be a system several times weaker than it (based on current spec expectations), but the Neo won't be able to compete with the Scoprio, a system with a 30%~ (maybe 40%~) advantage? You also make a point of mentioning that the X1S's cheaper price will give it an advantage, but don't make a similar comment for the Neo vs Scorpio. Were the PS3 and 360 not competing because the latter launch earlier? Does the PS4's current hardware advantage mean the X1's not competing with it?

I'm sure you can see why this is all a bit inconsistent, thus understand my confusion. My body is ready. I can have this, give my Ps4 to my dad and lil brother, and reclaim the PS3 (: Sounds like it might be launching at the magical entry point of $399 too according to a well known industry insider. Would be a definite purchase for me. Then if NX gets the price right too going to be fun times.

Its not about power. XB1s will be the cheapest 4k player on the market which will appeal to many when buying TVs etc. The Neo will be a more expensive device. For none gamers the X1s is heaps more attractive and will most likely dominate thst area. The Scopio will be its own thing since it will not only out power the Neo but will possibly be the leading 4k machine when it comes to quality.

Your looking at it as a gamers view. Im looking at it on a wider scale. One of the key reasons the PS3 managed to sell well was due to its Blu Ray player which was affordable to many new buyers for Full HD TVs. Many none gamers brought a PS3 for there entertainment system. I see the X1s doing the same thing.

4k is a new market. I also dont think the Neo or the Scorpio will sell heaps.

"For none gamers the X1s is heaps more attractive and will most likely dominate thst area"
Perhaps that was a Freudian slip?