With excitment of the consitantly delayed Uncharted film. Which should be getting back on track with it's summer 2017 release slot. I decided to make a top 5 list based on potential canidates. This list isn't per say my list, but rather a list of potential actors that either fans want, or were and are being looked at at some point in time.

We all heard this one. The king of swag, Marky Mark himself said it and it officially went on record that he had the role locked down. Or did have the role. Last I heard he's off the list because he wanted more creative control over Nathan Drake. Not only did he want creative control. He wanted it to be a spy film and have Nathan Drake be more like James Bond. Wahlberg is probably the worst choice in Hollywood for the role. He's not a bad actor on the surface, but at the end of the day he is more of an entertainer than an actor. His movies are always a lot fun to watch and they keep us entertained. He certainly has the cocky humour that would work for Drake but that goes to question as to if he could even remotely convince us that he is Nathan Drake.

In 2014 rising star Chris Pratt was approached by Sony to take on the role. Unfortunately, he declined due to his commitment to both Guardians of the Galaxy and Jurassic World. His performance as Star Lord proves that he is capable of nailing down Nathan Drake's personality and sense of humour. Despite not having the looks. He has the charisma and ability to pull off Nathan Drake's personality. Chris would be ranked as #3 had there been a small chance that he would take the role. We won't be seeing him as Drake, but he damn well could have given us a convincing portrayal of our beloved hero. Locally born actor Nathan Fillion is probably the most popular choice amongst fans. Well one of. With petitions backing him to get the roll. It's clear that fans want him and fans love him. His performance on Joss Whedon's show Firefly has left fans convinced that he would be the perfect candidate for Nathan Drake. I'll admit that he would not be a shabby Nathan from Uncharted 4, but it doesn't make any sense for him to pull off Nathan at all. For one he's too old to grow with the role and he's getting a little chubby, but there is no doubt that he's still a looker. Secondly I'm not entirely convinced on his ability as an actor for the role and I question if he can pull off his own stunts anymore. He did his stunts in Firefly but he wouldn't do them in Castle. Perhaps it's because he got hurt a few times doing so in Firefly and he's getting a little old. He's not bad but in my opinion he's not amazing. Yes, Fillion fans are free to slap me silly for this opinion but he's no Nathan Drake to me. But hot damn! He's one hell of a Nathan Fillion. He'd be the perfect choice for an Uncharted 4 Drake but we need someone who can shape Drake for the long term. Sorry guys. As amazing as this idea would be. The movie would need to rely a little too much on CGI. 5-10 years ago he would have been perfect. For the longest time Jeremy Renner was my number one choice, at least until a week ago. His looks are acceptable and he's shown us that he can give us that cocky attitude that we know and love from Nathan Drake. A convincing blend of action and drama. He holds the potential to present a Nathan Drake that will be familiar to us fans while remaining appealing to the general audience who've already warmed up to Jeremy as an actor. Therein lies a few issues with this casting choice. He's too busy in the Hollywood scene. Between Hawkeye, a green lit Mission Impossible 6, and yes another Bourne film staring Jeremy is coming. With Matt Damon's return, the movies will split into two different series within the same universe. He's also working on two other films called "Wind River" and "Story of your Life". So a long term franchise may be a little difficult due to commitment and out of the question. The other issue is that Jeremy Renner's films are either absolute brilliant hits, or critical flops. So there is a risk with him s he may not be able to save the film from a terrible script. While Jeremy certainly looks young. He is actually 45 and is only two months younger than Nathan Fillion. Personally I feel that a younger actor should grow with the role. After all Drake was roughly in his early thirty's in Drakes Fortune which the movie rumoured to be based on. It takes more than just money to get both a certificate and an M.F.A. from University of Yale. Only the best of the best are even considered for admission. Actors like Edward Norton, Meryl Steep, and Sigourney Weaver are a few examples of famous actors that achieved the same feat. Brett has proven himself with less than three years of film experience. He's already displayed beyond outstanding acting skills in both drama and action. An example of this man's talent and ability to consistently change his role on screen 6-7 times is no small feat. On multiple occasions we've seen him play as multiple characters in a single scene, and I'm not talking like Eddie Murphy in "The Nutty Professor". I'm talking about a single entity that has different memories of different people shuffling through his mind at once. Causing extreme personality changes as separate individual in a matter of seconds. He's in the sights in the sights of Sony's scope for the role as they are in his. He's rumored to be one of the top candidates for the role and fans are backing him with a campaign called #BrettforNate. He has received thumbs up from none other than Nolan North himself and he has already done acting work for Sony once before and blew them away. Brett is not just a phenomenal actor but friendly and flexible. Joss and Jed Whedon claim that he is one of the easiest actors to work with and he pulls off every role without a hitch. Challenge after challenge they consistently changed his role and dynamic personality that would challenge his promising skills. The risk of taking a fresh out of Yale actor with only stage experience was a minor risk that paid off immensely for them and one of the best decisions they made. This man is an actor, not an entertainer and he loves to do his own stunts. Brett has teased the role multiple times in the past including just a few days ago. While it isn't a lock. He brings to the table the two things director Seth Gordon went on record to state "I want it to be a great actor. That's number one, and then if it's someone who has an actual jaw, that's even better. The game is so well done that you need it to live up to that. There's no way we'd do the inverse of that where it's somebody famous who can't [act]." Brett Dalton has both. With an undying passion for acting, I can't really say how there can be a more natural actor than Brett. Nor can I see how the movie could fail with him carrying the weight and responsibility on his back. The cocky humor, the action, and the drama. It feels like the king of puns was born for this and he'll only grow and age for many adventures as Nathan Drake.

I was actually thinking Andrew Garfield. I think he proved he could do comedy in the Spider-Man movies and the connection he had with Emma Stone is exactly what I think Nathan and Elena should have. He also has youth on his side compared to all your picks :P (except your #1)

Out of those listed I'd say Chris Pratt.

Some of those just look too old. And others just don't look like they'd fit the role.

I think Gerard Butler would be great.

My pick would be Nathan Fillion. Either of those would be alright except for Mark wahlberg I think his face is too soft, Nate needs to be a little more rugged.

Wahlberg - not good enough of an actor.
Pratt - he's played too many similar roles and he lacks something imo.
Fillion - too clean of a look, doesn't seem to have the edge that Drake needs
Renner - Looks old, would be a decent choice 10 years ago.
Dalton - he's got a lot going for him, but simply doesn't look like Drake.

To me Gerard Butler is the perfect choice. He looks like Drake, he's fit just the way Drake should be, he's got that sexy bastard attitude about him, but having experience in comedies, would know how to show the cuter side of Drake. So yeah, I'm totally convinced here, I think he beats everyone else here. The only con is that he's 45, but he sure does look younger. I'd go with him in a heartbeat.

I think Fillion would do fine. He looks a lot like Drake, and still has a relatively youthful enough appearance to portray him as a character on the earlier end of his 30s. 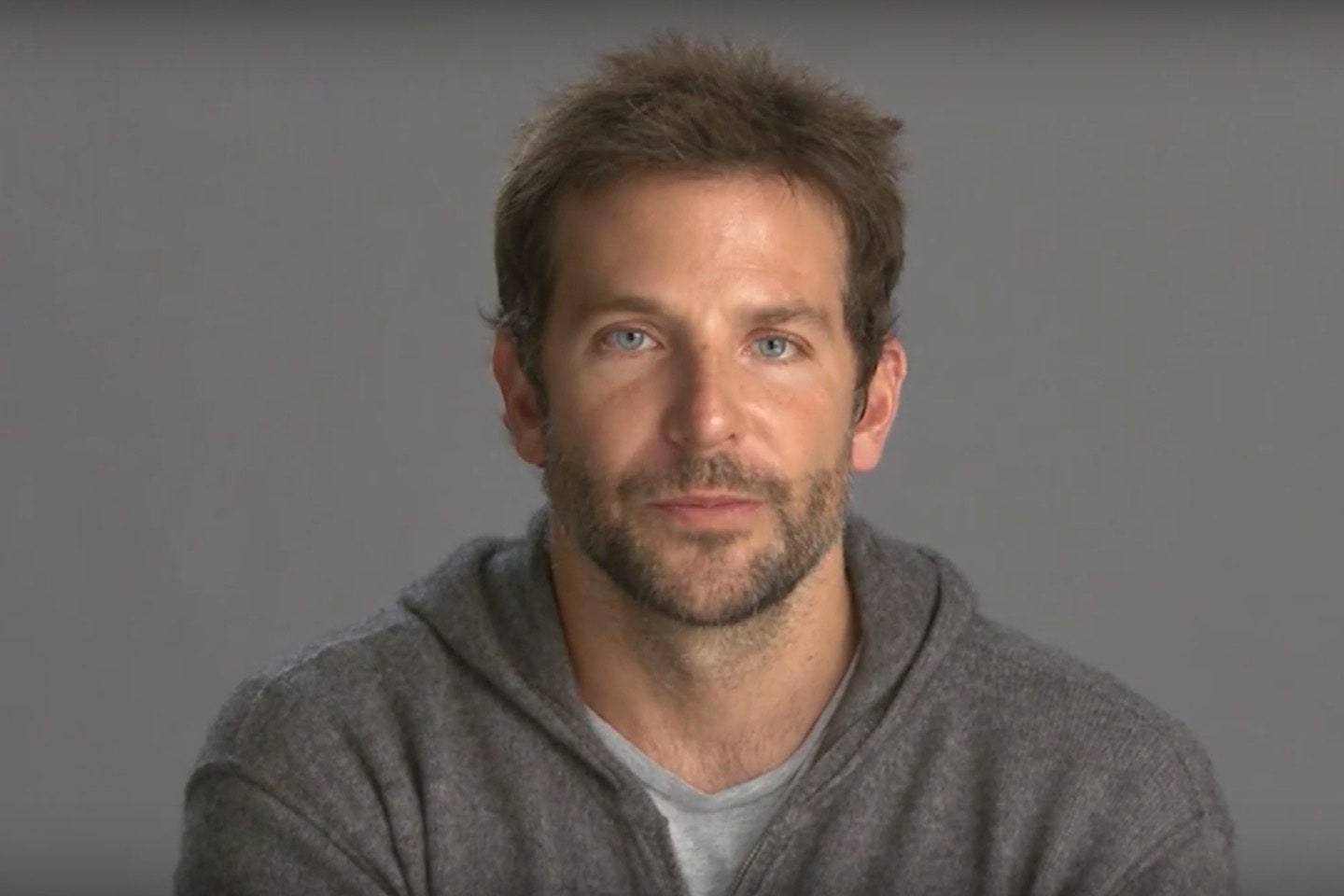