I am not suprised i saw this one coming.

Rainmaker’s gamble, however, didn’t quite work out as planned, and the film has had a disappointing box office run. As a result, Rainmaker recently announcedthat it would book an impairment charge of approximately $10 million.

While a number of companies were involved in financing the film, Rainmaker was the lead investor, putting up 63% of the production cost. The $10 million writedown includes the studio’s proportional share of advertising expenses, estimated between $1-4 million, and will be applied against net income in the first quarter of 2016. 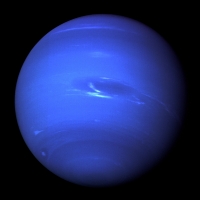 I knew this movie would be trash, too much cringe for my taste.

Not surprising. I haven't seen a single commercial for it.

That's all? I was expecting it to lose a lot more.

When I played Crack in Time (only game in the series I played) I felt like it was in this awkward place where it seemed to want to be a fuzzy kids game, but was a little too complex for them, while being a bit too simple for "hardcore" gamers. It seemed geared towards the kind of gamers who grew up in the N64/PSX era of 3D platformers.

Which made a movie a weird thing. I don't think Ratchet and Clank are popular enough with kids, and the movie seemed to skew too young to please the core fans of the series. Didn't see how it could be successful.

Awful movie from what I've heard. Almost exactly like the game.

Hopefully they can make most of it back from bluray, dvd, netflix

Doesnt bode well for the series if thats the case :(

Would have loved to see more movies.