He could've ended the war on drugs, and stopped the militarization of law enforcement on all levels. Both would've done wonders for African-Americans. Those are two strongly federal issues which the executive has a lot of power over. Of course, you are correct in that Obama isn't really African-American (ethnically rather than racially.) His father was Kenyan and he grew up with his white family members, so he isn't inherently anymore well-versed on the issues that face the African-American communities  today than any other non (ethnic) African-American president. You would think though that his wife would've pushed him in the right direction, as she is African-American (ethnically), but wanting to get reelected was probably a stronger motivation for him. Nevertheless, being black was a strong push in his campaign when targetting African-Americans, so there was a higher expectation for him than other politicians.

Some progress was made on diplomatic front and the US citizens finally have a semblance of healthcare.
Foreign policy was disastrous though and some major social conflicts in the US remain unresolved.

The right weren't the only group that has contributed to the cultural divide. What was one racial policy that Obama espoused that the right refused to support and it didn't go through? Did the right interfere with his non-attempts to end the drug war or reduce law enforcement militarization? Both of these would've done wonders for racial equality and harmony.

I am going to assume you're not American by the use of the posessive pronoun "If your country." If that is the case, it shows. Otherwise please go ahead and tell us how the "extremist right" prevented Obama from improving race relations.

More divided on race lines, and on federal vs state rights.

Some of Trumps recent statemens about States should be in power may be what gets him in the office. I am not a fan of the federal government being in charge of everything, they are too far removed from the people. Many of these policies would be better done at state levels and have more support. Unfortunaly Obam did not take that route, instead of trying to convince the people and states to change he is forcing change down their throats. That will only lead to resisitance as we have seen.

Awful President. I would say that I can't wait to see him leave the White House, but considering our two choices later this year... Haha please. The Clinton's and Bushes didn't do shit for us other than made it easier to lock us the fuck up.

He did what presidents are suppose to do, promise the moon but deliver a rock, so average. If you think hillary or Bernie or Trump will do any better, lol, good luck. With 24 hours media, social media every little thing the president does is twisted to reinforce whatever argument you have over the president wherever you are on the left or right.

He was ok. Not the worst nor best president their country has seen. Awful job on foreign policy (cuba an exception), had no effect in dealing with race-war in the US. Did ok with the economy, though no one could beat Bush in destroying it.

Personally I've never been a fan of this line of reasoning. You're either a country of you're not. You shouldn't have radically different regions of the country with varying different laws. 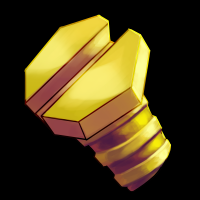 Judging a president before his run even ends is ridiculous. Obama, more than most presidents of the last century, has pushed policies forward that are meant to improve the future, not the now. The ACA was explicitly stated to inevitably have growing pains the first five or so years, for example.

It's far too soon to put forth any sort of stance, because we won't know if it worked until decades from now. I mean a lot of Bill Clinton's policies have been realized as actually harmful after the fact, yet people in this thread are praising him by comparison!

My only complaint is that he moved far more to the center than I'd have liked in his time, especially when it comes to cybersecurity. A Hillary Clinton presidency is exactly what this government wants, so that it may have unlimited access to personal data by way of tech, and that was my initial reason to push away from the Democratic establishment this cycle. I'd either be voting for the right wing or the even more right wing if I stayed in one party or the other.