Locked: I feel like Uncharted 4 is the perfect game for people that alreadly think Uncharted is perfect.

Forums - Sony Discussion - I feel like Uncharted 4 is the perfect game for people that alreadly think Uncharted is perfect.

Seems like fine enough, will look at how much it'll cost me to play it.

About the puzzles, that is meh. But since it was to show what the vita was capable off I can understand, too bad it was badly implemented only for the gimmick of it.

You like sony games. But on equal amount like other platforms (on most threads I see your posts you seem to preffer the offers on MS side, no problem on that). And you understood quite well when I said you aren't an enthusiast and so your praise or like of the game was sincere.

And the amount of praise that to you seems excessive could either be difference in taste (I really do love UC but didn't like TLOUR as much, I used to like Resident Evil a lot, but going from the easy going fun on Uncharted to the very dense and tense TLOUR was harsh on me. The game is great but my taste goes more to UC than TLOUR) or of course in several cases it's just people climbing a hype train or being missleading.

I agree it's ridiculous to give a 10 if for half of the game you didn't like the pace or felt the gameplay felt improper.

I know this thread isn't about it. It's more to say this game is true to its franchise for the good or the bad. And if it's similar to the other 3 and all them got very good scores and this one is a little above them all them the score is deserved in comparison, even if for you all of them should have been graded a little lower. I don't understand why ppl play the 4th game in a series expecting it to be something other than what we all know it is. It is the most refined version of the Uncharted formula ever, meaning it is an awesome Uncharted game. Change just for the sake of change results in Star Fox 0 situations. Im glad this game feels exactly like Uncharted cause thats what I wanted to play.

I kinda hoped Uncharted was gonna do some of that based on some of the footage they released. But for the most part... its Uncharted by the numbers.

How much further are you in? I hear the middle chapters are far more open with multiple paths to get to objectives/areas you can completely skip if you miss them. 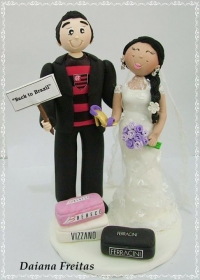 I bought the special edition. I could not be more disappointed. This game is worse than U3. This game is everything I did not want it to be. So much scripted crap, so little action, so not U2.

The graphics are beautiful, the story and characters are really nice. What a waste. It simply is not a good video game.

U2 had the perfect formula. Why not keep it that way?

I bought my PS4 for this game. What a crappy gen this has been.

Ye they changed a lot, were you expecting them to when you bought the game tough or were you looking foward to have that same RE experience you love, the same experience most fans clain 4 is responsible to have ruined for them ? When I buy a game on a series I not only expect it to be similar to what the series is, I also hope it is cause the reason I like a series is exaclty because it is what it is. Some ppl claimed the same thing about Dark Souls 3, said it felt "too much like DS 1 and 2", well great them cause it is a Dark Souls game, if I can't get my Dark Souls experience from Dark Souls where else wil I get it from ? A couple of reviews stated it had a slow start, so I'm going to be a little patient with it.

I'm in chapter 6, and from a gameplay perspective, I'm not impressed. It's very scripted and linear compared to the previous games, and gameplay is something we've seen before. But I'm guessing or hoping it'll open up more in the next following chapters. The story so far is nice, but overall, I'm not amazed atm.