This seems a bit, to optimistic to be true. I don't know what she exactly means, but if she is saying game output, I really don't think it would be in Nintendo best interest to put so many games out that fast just purely based on the fact of sales of those games might not be very high if you release so many games in one period of time. Also might hurt third party sales. I also don't think they have the first party studios man power to make games at this rate, they will need to rely on 2nd party majorly.

I do think software out put will be better and there will be a lot of great games out at NX first year, but I feel she might be exaggerating a bit. But I hope I'm wrong. It will make me want to buy one even faster if they put amazing software out so quick.

Also, look at all the Wii U games that are coming this year, only 1 of them is made buy a Nintendo owned studio, the rest are on contracts and star fox being co-developed. Plus, that one is getting an NX release, Nintendo is alllowing there studios to have plenty of time with the NX..

maybe all wii u games will just be backwards compatible >_>

Sure, why not. Incredibly good news.

EDIT: "- The big fundamental focal point (and overall goal) behind NX is to vastly increase the software output from Nintendo’s first party teams and studios."

Marvellous. The focal point is first party software, not third party software. NX could turn out to be the best gaming platform ever.

Well, if they don't have a new Mario Strikers game and/or Diddy Kong Racing 2 then this will be the first Nintendo console I will not own...

Shouldn't we count out 2nd party games, remasters, games Nintendo paid for (Lego City, Bayonetta 2, for example) and collaborations and just count the games that were actually developed by Nintendo itself - i.e., NoJ?

I'm not sure the "first party games" line included at least collaborations like Smash Brothers or Mario & Sonic.

The Nintendo of 2016 is highly diversified. They combine their internal staff with outsourced staff at other companies to make their video games a reality.

Even Mario Kart 8 was made as a collaboration of Nintendo EAD and Bandai Namco Studios Inc.

And the games that you would consider "2nd party games" or "outsourced" always have Nintendo internal staff working on them as a collaboration. They don't just exist in isolation apart from Nintendo....without Nintendo, they wouldn't be a reality.

So you can't really make that distinction anymore. First-party games are games that are published by Nintendo. Everything is SO messy nowadays that if you try to delineate any further than that you lead to arbitrary classifications that just don't make any sense. 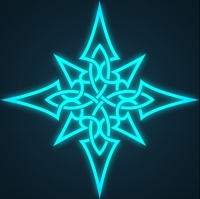 Hey my uncle works at Nintendo, and he said "That ho is lying".

Oh man that's a lot for a single year, definitely there's a high chance that she's actually being hyperbolic or she thinks that the Wii U's 1st party output was a lot worse than it really was.