Kind of sad that it barely is beating the always struggling Wii U though. Still, a win is a win!

Pokken Tournament is quite the beast. But it's doing nothing for Wii U hardware. It's like nothing will move it out of 1st gear.

And Halo 5 limping along at ~22K suggest that disc sales are going to struggle to hit 5 million I think. If it carries on with that sort of level of sales on average for another year 5 million is achievable. But will it do ~22k per week on average for a year? I guess Holiday 2016 sales and extent of disc bundling might make a difference.

smarthphones are boring for me ^^ Console's 4 life = ) Wow! Ps4 is a beast seling 3:1 over its competitor. 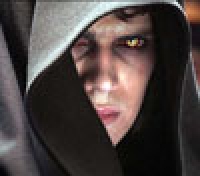 Poor Xbone being beaten by a 5 years old handheld.