Images of the NX Controller Surfaces! 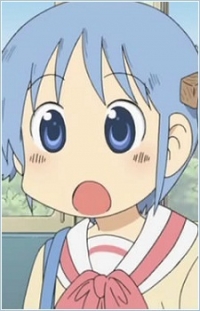 At this point, with so much stuff coming from here and there, I don't really think it's worth going into these too much. Just wait until Nintendo unveil it Wheres the fun in that?

The amount of 'I hate it because of 1 silly thing' while ignoring all the amazing possibilities of this controller in this thread is impressive. The thread on GAF has passed 1 million views.. all this speculation, wish Nintendo would just unveil the fuckin thing already.

I'm a AAA dev who works with an actual NX devkit. I've been developing a game for it for about six months.

I will not post pictures, and I won't tell you where I work because I don't want to risk losing my job. However, I can tell you some info on it without giving away to Nintendo or my boss who I am.

For starters, that "leaked" NX controller is a fake. It's really convincing, but the controller that we have on our devkit is nothing like that.

Some other things I can tell you:

Ask me anything about the NX devkit, and I'll answer as best as I can without revealing who I am.

No way of verifying it of course

Yeah, the longer they keep silent, the more they're hurting themselves.

If this is real, they should fess up now and get it over with.

If it's not, they need to reassure their customers.

All this silent treatment does is provide the perfect environment for negativity, resentment, and paranoia to flourish.

Yup. Thats good for the haters, I hope the real thing is even crazier.

Wow, that was a really good fake. I suspected it was fake due to the fact there was no way for the sticks to move. Anyway, let's hope the NX controller isn't a Gamepad.

add to that when asked about specs

"Sorry, I'm not putting my employment at risk by leaking hard details.

But I will tell you that it's slightly above the power of the PS4. One of the games we're releasing for it at launch is a port of one of our games for Xbox One and PS4."

Anyways, after getting trolled so hard #teamreal I'm done with these "leaks" for good lol