I never really cared about film review scores. I've often enjoyed films that were utterly panned by critics. I'm going to go see BvS anyway with some friends this weekend.

And that's because every movie now days is a super hero movie. And super hero movies can be really fun and entertaining, but never mind blowing. They just don't have the quality. 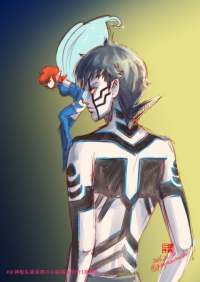 So much this. I'm sure the movie will be fun to watch and that fans will be happy with it for the most part. Reviews really don't matter much, since their just other people's opinion and not your own.

I still wanna watch it regardless of the bad reviews.

He's so efficient as a director that he'll continue to get high-budget work, unfortunately.

Are we really trying to rationalize Man of Steel by saying it was better than a movie that was released in 1981?  People appreciate the original Superman movies for what they were in their cheesy glory.  They were mostly fun early attempts to get a superhero on the big screen.  By 2013 though, superhero movies had improved massively.

The complaint of Metropolis' destruction wasn't about Superman himself, but about a shittily written plot.  They were trying to make a Superman movie dark and grim, and it just didn't need to be.  Just cause the Dark Knight trilogy was all dark didn't mean Superman had to be.  The Marvel movies have succeeded mainly because they, mostly, get the tone right.  A deadpool movie being full of gratuitous violence is fine.  Same thing wouldn't work for a Spider-man movie.

Whether the destruction was Superman's fault or not, it was just bad.  Superman should be positive and uplifting.  Instead, we had millions of people dying and countless lives ruined all to solve a problem that was drawn to the planet by Superman himself.  Nothing positive happens in this movie at all.  And then Superman stands in the ashes to kiss Lois like he's a rockstar.  Fact is that Superman did nothing to make the Earth a better place and Jor-el fucked Metropolis in the ass.

And in Superman 2, they fought in Metropolis, but that fight was more tame than the average Super Bowl parade.  It's pretty reasonable to think nobody died in that fight.  And if they did, it was like 12 people who were too stupid to realize they shouldn't sit there and watch Superman fight.  Comparing the destruction in Superman 2 to the destruction of Man of Steel is like comparing a BB gun to a nuke.

Zod's whole thing was that he was kind of a douche.  His reason for destroying the Earth was that he didn't want to suffer like Clark did... then when Clark takes his helmet off, he just kind of adjusted in two or three seconds.  What an ass.

As for destroying the truck, that was stupid as hell.  Superman went to such lengths to hide his powers that he let his dad die (which was actually really unnecessary... If Pa Kent thought he could possibly save the dog without dying, then couldn't Clark do it without everyone being like OMG ALIEN!)  Yet instead of just kicking a drunk out of a bar (something that people can do without being super powered aliens) he chose to do something that would require superpowers.

Of course, you're free to like it.  But, if others don't, maybe it's not because they're moronic hypocrites.  Maybe, it is your opinion that is flawed. Marvel's films got better reviwes because they don't pretend to be other thing than a SuperHero movie, at least is that what I think.


But I have to agree with Watchmen case

Not justifying a movie by comparing it to another of a different age, just pointing out hypocricy.

THe love for Superman 2 and how it portrayed superman PERFECTLY is widely known. Everyone wants that superman. THey love that superman. It's the only superman they know.

Secodn that very superman you love so much is more sadistic and sick than the man of steel one. As I said he flat out goes back days later to get revenge on a trucker. He smiles and kills a defenseless/powerless zod and has no remorse.

Then lets get on the bs story. Lois figures out his secret, so to hide it he nearly lets her drown in the river. Then all of an hour later he "accidently" trips into a fire spilling his secret for real this time. Oh and then he just up and removes his powers asap so he can shag her, all without even informing her what he is doing or any regard to the world now not having a superman.

Oh and the kicker to all Rotton Tomatoes. Superman Returns has an awesome score. Let that sink in.

Marvel succeeds because they make great movies, DC and Warner fail because they try to make deep movies with a bunch of philosophical nonsense.