Woo fancied trying Flame Over. Other than that a good chance to catch up on all the free games Sega gave away on Steam this last month.

PS+ lost some of it's flair has more and more people make PS4 their console of choices and putting away the PS3.

The Vita free games is hardly a factor anymore, in the US the install base is 2.5 to 14 million when comparing Vita to PS4.

GWG is offering a potential of four game to Xbox one owners (Thanks to backward compatibility) (But Xbox one owners must also remember that we have Sony to thanks for starting PS+ and forcing Microsoft to give us GWG). GWG is a product of Sony in a way :) 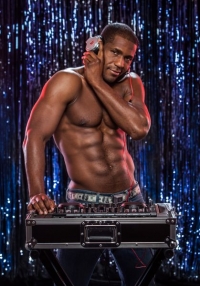 Only own super stardust hd so that will be 5 new games for me. Far from the best month, but hardly the worst either. There are several games that I'll enjoy. I'm trying to be empathetic here, but....nope, can't do it. Are people relying on a $50 service for their gaming choices rather than just buying what they want? That's like giving $20 to your parents and saying "get me a couple comics a month for the next year, your choice."

BROFORCE. The rest will be added to the library for later consumption.

meh don't game online and the psplus selection is continuously shit...good thing i didn't get psplus shit would've been a waste of money

It is true, and it's typically not the other way around. GwG's best titles are typically PS+ hand-me-downs.

I just have ps+ out of habit nowdays... Maybe download them and forget as usual.

I Missed the ps3 dags with AAA titles...

on topic tho, for anyone with a vita who is considering it, I would actually say to leave off Reality fighters as a download, it really isn't worth your bandwidth other than a tech demo for Augmented reality, sadly I own it physically but yeah waste of space to download I think unless you are realllly short of something to waste 5 minutes on.

No, not really. That has especially not been true since PS4 launched and Sony's offerings became indie focused. By the way, PS4 has only received about 3 retail releases. While X1 has had about 9 retail releases.

Before PS4 launched, Sony was better at giving away notable games because that was the only incentive to being a PS+ member. But now, they really don't give a shit because people subscribe for CoD, BF, Star Wars, Destiny, etc.

Also, GwG and PS+ don't share a vast majority of games. And as I stated before, there are definitely cases where PS+ got the "hand-me-downs."

You're right, there's not a whole lot of cross over. That said, PS3 just curb stomps everything in variety. None of the other three platforms have as much.

Your numbers, as just numbers, are also sound. But that 3 to 9 you have is a bit of a strange number to share, since only four of the retail releases on GwG are worth anything and only two on PS+ are worth anything. Counting retail releases just because they're retail leaves you open to trashy retail games (Thief, for example) and excludes digital gems like Rogue Legacy... Which doesn't seem fair.

However, it's clear you like the GwG offering more. Personally, the only game on there I would like that was also not available to PS+ was Black Flag, and I bought that game at launch anyway. On the other hand, I've been shown absolute marvels of gaming like Grow Home and Unfinished Swan that I otherwise wouldn't have given a second look because I didn't want to put money down on a potentially bland experience. And because of the cross buy function, the PS4 typically gets more than two games a month, so in spite of having more retail releases than PS+, I'm going to say I've been given a better experience with it than what GwG has offered.