''Target's'' online store black friday sales has Wii U in the TOP 3! Guys it's obvious what's going on, Target and Walmart are the only two with this bundle. It's super cheap too. So most people who want one will go to these two stores instead of say Amazon. So instead of the sales being spread out, most people are getting them from only two retailers.

Only the OP even implied that it is a possibility that the Wii U outsold the PS4/XBO on Black Friday. Nobody here has said they are sure or think it to be the case.

What's that, and why is it authoritative on Target sales in the US?

It will be third in every store including Target. You know it.

Very very unlikely to beat PS4 & Xbox One, if not impossible. 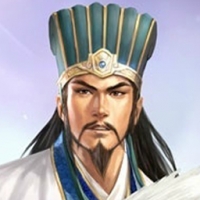 How is it false or unconfirmed when Target are the ones who released the statement. It is 100% correct.

According to Target the Wii U, along with Apple's iPad and Watch were among the top 3 products to drive sales during its online thanksgiving day sale.

You can't disagree with that Statement because it's what Target are reporting from their own online sale.

But that doesn't mean to say that this applies across every single other store or that this is a trend with everyone. It's also easily explainable when you notice that Target were one of the only retailers to have a cheap Wii U bundle online, but very limited stock of PS4/XB1 online with some bundles sold out. It's clear to me at least that the majority of Wii U stock was allocated to online channels whilst the majority of PS4/XB1 stock was allocated to retail channels.

Still your point stands. My local Gamestops (about 15 of them in ten miles) have the bundle in full stock, while Walmart and Target are out of stock/low stock for many of the local stores here. $250 for a Wii U + 2 of its most esteemed games is a great deal. It makes sense that the stock would be low, and that the platform will sell high at those particular stores. I took the ''unconfirm'' bit in there because the source was a buisness insider. I dont know if they are trustworthy or not, they could be. but im unsure. So thats why i put it in there, they also didnt link their source i think.

Here is the full press release and actual quote-

I said awesome bundle, thats just an ok one at best.  Xbox does some crazy awesome bundles, those beating out PS4 i can understand.  A wiiu with two games even recent ones at 250 is not awesome.  Either way thread is a bit misleading, implies wiiu beating out PS4 or X1.  But it seems its just online only sales where over all sales will likely will be 10-1 in favor of the other two when numbers leak.