If the NX doesn't come out in 2016, where will the "Nintendo-like" profits come from?

Forums - Nintendo Discussion - If the NX doesn't come out in 2016, where will the "Nintendo-like" profits come from?

Because I can't see anything that could.

There are a lot of people who feel that the NX won't launch until at least 2017, no matter the form factor. But Nintendo specifically said that 2016 would be when they would return to having "Nintendo-like" profits. Now the way I, and I think everyone should, interpret that is returning to profits akin Wii and DS era.

But if it's not coming from a new hardware launch, where will it come from? QOL? Mobile? Amiibo? A sudden explosion in Wii U/3DS sales? What is Nintendo's plan if it's not new gaming hardware? How do they plan to make that kind of money?

I'm all ears. Not trying to dabate. Just want to listen. 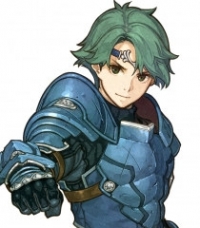 I'm thinking mobile and the QOL thing. But who knows? I kinda still believe NX wont come out until late 2017 I mean heck, the industry has shown time and time again that one successful smartphone game can destroy the profit margins of big-budget products. Some good mobile stuff mixed with a significant Wii U price drop to drive a lot of software could see some pretty alright profits.

NX will definitely release in 2016 imo!

Nintendo recent failures is due to the rise of mobile and tablet gaming. Nintendo releasing mobile game is already going to help the bottom line.

But the right software can turns thing around. Just look at the Wii, Nintendo had a major hit with Wii Sports, followed by Wii Fit, Mario Galaxy 1&2, Mario Kart Wii & Just dance. The WiiU simply doesn't have that one game... it's not Metroid or Zelda that's going to do it.

Nintendo need to focus on the NX, they can't be too worried about making major profits with the WiiU. In 2016 if the NX doesn't launch, Nintendo must focus on the 3DS and support WiiU with quality software they will make mediocre profits.

From games. By a major corporate shake up that achieves an entirely new company direction.

NX can coexist with Nintendo releasing on PC/PS4/Xbox. Mario Kart9 on those 3 and nx is a +30m seller.

They said they will give the NX a Nintendo like solution, but I don't remember them saying anything about 2016.

I don't think pushing mobile will reap "Nintendo-like" profits since that sector is known for being low margin ...

It's either release a new platform or go bust ...