If you're only into shooters - then YES .

But beware - once you're under Nintendos magic spell you might end up with many many more great exclusive titles only found on Wii U...

How good is Splatoon really?

Lets say it this way: from the first glimpse of last years E3 over the Global Testfire I was sold.

I bought it as an eShop title - which I do with all titles I intend to play often as I don't want to change disks...

I had luck to get a special bundle with the Squid Amiibo and the Disc. The Disc was sold (with a little loss) on ebay...

Is it worth it? EVERY PENNY.

Splatoon is such addicting that it tops the play times per month of all my games easily.

Nooooo! I do not have enough money.

I am so sorry. Had absolutely no expectations for this game. I'm glad I was wrong, though. The hype was real. It's just 20 times its size in mb, but it's a cancer that should have been erased from existence many years ago. 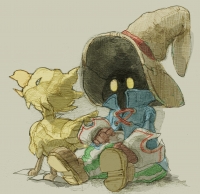 Some of the posters here haven't so much moved the goal posts in regards to this game as they have moved the posts, swapped in a flat ball and changed the score. The truth is Splatoon's success has far surpassed even those of us (such as myself) that were unusually optimistic about it, but you'll still get the "meh's" from those who were calling a flop not long ago. success has a thousand fathers while failure is an orphan

Or, you know, people actually enjoy playing it. I know thats hard for a lot of narrow-minded gamers to understand.

Splatoon seems like a good game, but will I even consider buying a Wii U because of it? Nah. Well, we are just seeing both sides of the spectrum here. Just as there are people who will call splatoon a failure, there are those who are claiming splatoon to be the next best thing and asking others to apologize.

I'll be honest, I still don't like splatoon. But I won't deny that others do and that Nintendo did a good job here. That doesn't mean we should expect others to apologize over having an opinion. That's probably why the "meh's" come from

Because there was a lot of hype for it? Kirby's Rainbow Curse and Captain Toad didn't sell anywhere near Splatoon's level.