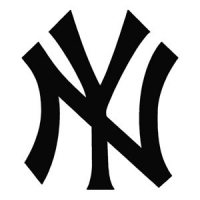 Hey guys, I decided to make a top ten list related to my absolute favorite console of all time. The Super Nintendo was such an amazing console, and I really wanted to reflect on what were my favorite third party games. A lot of us get caught up in what the best SNES games are, but half the list at least is dominated by games Nintendo published. It really is hard to compete with such a legendary game developer, and we all know that Super Mario World, A Link to the Past, and Super Metroid are among the best games ever created, so I wanted to give some other titles a time to shine. Also, these are strictly games that I have played so Secret of Mana and Chrono Trigger are out (I will play those eventually, I just can't put them on this list if I havent played them)

I am going to give a brief description of something that stuck out to me for every game that I have listed, and I really do hope some of you guys read what I have to say because I want to have this discussion. I have a video I linked for one of the games, and I really hope you guys watch it so you see what I am talking about.

So here we go!

I am starting off this list with my favorite fighting game on the SNES. This game is pretty much a SF2 clone, but you know what? I like it better than SF2 and any variations that there were of that game. Not saying that SF2 has bad music, but I am going to say it, the must in this game is BETTER! It is fast paced and it really just makes you want to fight someone in real life. One feature I love about this game is that it has turbo built right into it. SF had multiple games, and had a separate release that allowed you to play in turbo, but this game got it all right from the start. This truly is a phenomenal fighting game. The single player is extremely difficult and it is just so much freaking fun.

Contra III improves on the original in every imaginable way. It isn't as hard as the original, but the difficulty is still there. I do appreciate how, in the second level for example, it uses the SNES's mode 7 ability. People like to complain about this, but I think it makes the whole experience more varied. This kind of level pops up every once in awhile, and in my opinion, it is a welcome change. I still have never beat this game on the hardest setting.

This is certainly the best Prince of Persia game ever made. This game has 20 levels, and they get really really hard. I am telling you right now, if you plan on playing through this game, keep in mind that you're going to have to be extremely patient. This isn't a game that you can blow through fast paced unless you are like a pro at it or something. You have to take your time. Every three levels or so, the scenery changes and the puzzles become harder. I absolutely love that aspect about this game. Every time you get to a new section, you really feel like this is taking things to the next level and its going to be difficult. The music is also masterful. This game does not get enough credit for it's wonderful music.

There is nothing like Out of this World. One of the things I love most about this game is all the different ways you can die. And the music that comes on when that death occurs is just so memorable! There is a musical cue that happens when you die and it really is the most perfect thing ever. It is like the Legend of Zelda chime when you find a secret. It really is just that perfect. So far I have just talked about death, and that may be because this is the thing that strikes me most about this game. It is very dark and there isn't really a moment where things seem hopeful at all. You have a buddy in this game, and it is basically you two going your separate ways and meeting up again periodically.

I really can't say enough good things about this game. This game, like every game on this list, is a game from my childhood. And I have to say it really did freak me out when I was a kid. I picked up at such an early age that this game really does exhibit the cruel nature of the world. It is killed or be killed. The Earth's inhabitants are absolutely ruthless and the world is truly a cruel place. It used to keep me up at night, and I would stare out my bedroom window gazing into space just thinking about this history of this place and wondering if the Dinosaurs really did meet with the terrible fate that this game portrayed. When I first saw the end of the dinosaurs in this game, I cried like a baby. The music that played along with it perfectly exemplified the sorrow and the extreme cruelty of the situation. In fact, I will link a video of the exact scene I am talking about, I really urge you guys to take a look at it. This is powerful stuff. (the scene im talking about takes place at exactly 2 minutes)

This game is just flat out fun. It is games like this that remind me of why I play games in the first place. It is nonstop fast paced action, and the game challenges you to be a bad ass. One thing I like to see if I can do is beat the whole game with just the X Buster. It is games like this that really just invite you to take it one step further. The music, of course, is phenomenal. (seems to be a common theme here for SNES games, huh?)

A lot of people like to talk bad about this game for some reason. There is honestly nothing bad I can say about it. This isn't the sequel people wanted because there were no simulation parts to the game. But my response to that is, why do you want the same game given to you over and over again? I like it when sequels, especially if they're on the same console, are different. There has to be something to spice up the experience, and this game did a great job of that. You now have wings which completely adds a new element to the platforming. The platforming in this game is way better than the original because of this too. There is an actual evolution in the gameplay, and thats what we want out of a sequel. The monsters, of course, are completely bad ass and scary as fuck, and the whole atmosphere of the game is just perfect. I love this game.

There honestly isn't much to say about this game that many of you don't know. Everyone knows what this is about, and yes the game is fantastic. Terra's theme and Locke's theme are masterpieces, we know that, the bosses are epic as ever, we all know that. I guess what I will go on record to say is that this is the best FF game, surpassing both VII and VIII on the PSX.

This is certainly the best Mega Man game in existance. There will never be anything that surpasses it. It took everything about the original and made it 100x bigger and better. I honestly cannot go back to the original anymore because of the dash mechanic. That just makes the game so much more fun. Being able to skip on the walls is also a huge improvement that started in this game. This is the perfect Mega Man game, and the soundtrack rivals that of Mega Man 2.

Yes, my number one game is the original ActRaiser. The monsters were absolutely memorable, and the way the gameplay changes from action to simulation was a welcome variation. I love the different environments in this game, and "Sacrifices" from the Kasandora area was an amazing song. One of the best tracks on a Super Nintendo game ever. 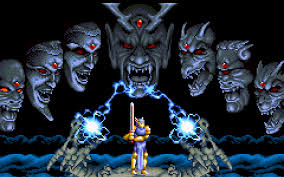 Really, when this came out, this was the coolest looking thing in the world. I fucking love this game.

Well guys, what did you think? Are there any games that you would put in there? What games do I have in my top ten that would be in yours? I am interested to hear what you guys think.

I loved being that baby angel in Act Raiser.

Essentially a mini game series between levels, where you protect the town and help it grow.

Was a good game, and I rate the first higher than the 2nd as well.

Where is Ilussion of Gaia?

I have both of those games, but I have not played them yet. From what I have seen, I don't think Illusion of Gaia would crack my top ten. Super Castlevania IV might have a chance though. I wouldn't be surprised.

X and X2 are both masterpieces, if I do say so myself. Well that is the best top 10 SNES 3rd party games. 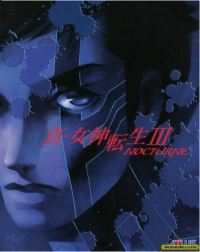 Really cool and interesting thread. Please, go play Chrono Trigger right now. One of the few rpgs on par with FF6. But don't play the psn (psx) version. It is garbage. DS or SNES, preferably SNES. 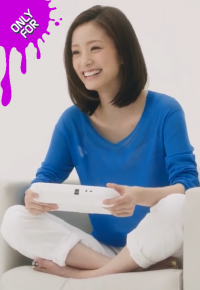 Mine (no specific order):

Glad to see Tournament Fighters there, although I never understood why people consider it to be a difficult game. What I liked is that the difficulty is fair, unlike Street Fighter where the higher the difficulty the more damage you get and less you do, which made the game frustrating in higher difficulties. TMNT TF didn't had that issue.

I also liked the music but to be honest, Street Fighter has better music, some even legendary like Ryu, Guile, Ken stage. Can't say the same about TF.

If you like the turtles you should play Turtles in Time, one of the best beat'em up games of all time.