Locked: Stop with the childishness. Seriously 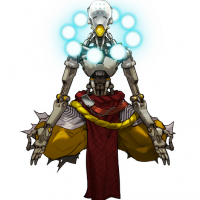 Next Level made an announcement, so I would assume they made a deal thus legally making them 2nd party.

Ok fine, let us assume those new IP (which seem to have a vast amount of potential) are not good, Sony still made a huge effort for street fighter V exclusivity and Microsoft made a huge effort for Tomb raider exclusivity. That potential was there for Nintendo, but because they did nothing of that sort, we see just how much "effort" nintendo put to building their library.

At least both others showed progress in uncharted 4 or halo 5, both of which are individually more impressive than any upcoming wii u game.

Until I see more third party support, I won't act as if they have that support now, because for all we know, that support could go the way of project cars. Also it would make sense for that Nintendo rep to put the wii u in the best light possible, even if it meant stretching the truth.

Exactly. This Direct is just the straw that broke the camel's back, after years of game droughts and ignoring what gamers want.

I can't really deny that about the vita but to be fair, I believe that sony should just leave that market alone for awhile. Handhelds is nintendo's market. Maybe sony could revisit it later on when it's in a better position to take risks as a company. Truth be told, I don't follow the handheld market all that much.

Yes. Also, MS has the lowest amount of exclusives out of the big 3. They need to step it up in that area instead of trying to supplement it with limited BC or Windows 10. No one knows how good either will be until they are implemented fully. It needs to be treated as a gaming platform first then entertainment hub secondly.

Maybe Nintendo should stop giving the fans those monthly directs? If they kept quiet about Fatal Frame, Earthbound beginnings, Pokemon Mystery Dungeon, Star Fox, SMTXFE, Smash Bros DLC, and all of the other things they've been revealing and filling us in on, and just delivered it all today, the backlash wouldn't be there.

Next month or so, they'll announce another one of those to fill everyone in on the Club Nintendo replacement, and some results of the DeNA partnership, plus more games.. and guess what?..

" WHY DIDN'T THEY SHOW THAT AT E3!! WHY AREN'T WE GETTING SPECIFIC DATES ON THESE NEW TITLES!?!?! WE WANT MORE DLC FOR SMASH AND MARIO KART PLUS THE NEW GAMES WE JUST GOT!!!!!"

I don't really criticize because Nintendo fans put up with a lot:

- They pay good money for outdated hardware. Lets be honest, the Wii U is 2007-era technology being sold at $300-$350 (depending on when you bought in). The "New" 3DS is a joke hardware wise compared to any modern portable smart device.

- Third party support has literally whittled down to nothing but Just Dance and LEGO/Skylanders stuff.

- Generally speaking we get 4-5 good games a year. Total.

At some point, people snap. Some people wanted just a Metroid or a Paper Mario, but when you're not even getting that, then I can understand why some people will say "enough is enough". I'll always love Nintendo and will buy Nintendo hardware as long as they make it, but I can understand the point of view of someone who has had enough.

Let me see... You buy a console. You are having a good time playing with it, then a 50 min video show up and you throw your console out of the window... and that is not a childish behavior? ok

I dont think these make up for the fact that it was a generally boring showcase, with far too much time spent on games they have already been showing off prior to the event, and some throwaway announcements for existing IPs.

People can be upset by this event if they want to, and they can vocalise that disappointment. The only way Nintendo is going to get the message that their fans do not like what they are making, how they are presenting etc etc etc, is to be vocal about it.

Not everyone was having a good time playing it. Thats the thing. The negativity with Nintendo has been building over time. I don't think it's too early to refer to Horizon as a 'blockbuster' title. It's been in development for 4~ years by one of Sony's biggest studios, and the gameplay they showed was certainly that of a big budget AAA title.

the thing is about the sony conference in comparison to the nintendo one is that the 2 megatons don't even come out until 2017/2018 likely. The NX will be out by then. Shenmue hasn't even started development, FF7 has a FMV trailer.
what did bother me about the nintendo conference is the stupid AC game, and metroid. They didn't show a lot of things they could/should have.