Impossible is perhaps harsh in some minds, but to me it really is. It was a similar case with the 2DS that was supposed to help the hardware be up yoy and yet it fell significantly despite the revision. A revision will not help a product line belonging to a market that is more or less going to disappear in its current form within a fairly short amount of time.

It was down by quite a bit in 2014; I don't see how it will follow that up with being up solely due to a revision (again; the 2DS was said to be the reason it would be up in 2014 as well), the console is turning 4 years old now and has received all its major software hits, I can't see a single reason for it to grow what so ever.

Yes, this will be the Dreamcast systems best sales year in a decade. 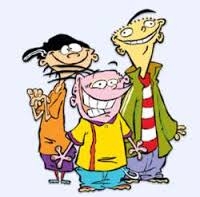 Nor will any handheld reach DS sales... Probably not even PS3 sales.

I remain guarded, console gaming is growing stagnant and expensive at the same time. Maybe LTD it might, but definitely not before the next gen systems are released.