10 is the only wii u mario party so far, but you can play 8 and 9 on wii u as well because it is backwards compatible.

They are both party games with minigames so similar, but I do easily prefer mario party over Wii party. MP2 without a doubt.

6 was my first, so by default it is my favorite.

I actually enjoyed all the Gamecube Mario Parties in one way or another. The first one on the 64 was horrid and way more unfair than the others. 8 was decent but disappointing, never played 9.

Also, I ended up getting Mario Party 10 despite my rants and stance against it. It's okay but about as bad as I anticipated sans Bowser Party mode. 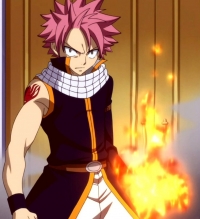 thanks. so all the least MP games are only available to me. I had the most fun with Mario Party 4 and 5 on gamecube.

Tough question, since they're so similar. I have 1, 5 and 8 and have played 2 and 4, but that was only a couple times and a very long time ago. I also have DS, but this is about consoles. Don't know much about 4 anymore but I remember 2 being great though.

From those I have I like the first because of it's novelty and the single player mode. Mini-game Island remains a good idea. I like 5 because of it's mini-games. The Ice Hockey bonus mini-game kicked ass. I like 8 because of it's local multiplayer, which had a large variety of options with a collection of good boards to boot. I played that one the most, so I'd probably say Mario Party 8 is the best one. My personal favorite was 2. Played it a lot with my friends when I was younger.