sean penn is a hypocrite.

http://www.breitbart.com/big-hollywood/2015/02/04/sean-penn-slams-private-gun-ownership-in-2013-stars-in-the-gunman-in-2015/  ---link to article. sean penn is all anti gun,but yet he stars in a movie called the gunman. I mean how hypocritical can one be? jim carrey and liam nesson are also examples of hollywood actors being hypocrites. I'm not anti gun,but I'm also not a hardcore gun-nut. I like these actors that I mentioned,but I think they just need to shut up when it comes to guns. At the very least practice what you preach. So is anyone going to watch the gunman,which has the same director as taken? discuss.

I don't really pay much attention to what actors and politicians say. They are both paid to lie or pretend. :D

"sean penn is all anti gun,but yet he stars in a movie called the gunman. I mean how hypocritical can one be?"

Many actors are attracted to roles in which they must play characters very different from themselves. This is not an example of hypocrisy, but an example of an actor being true to his craft.

"At the very least practice what you preach."

Spoiler alert: Sean Penn isn't actually shooting anybody on set, nor is he actually carrying a firearm.  There is a distinction to be made between Reality and the Land of Make-Believe.  He is not committing actions which are contradictory to his expressed beliefs. 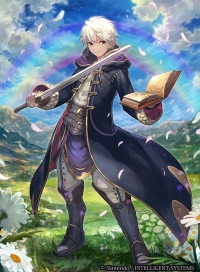 So? That means he's gonna act much better to look like a Gunman! Stupidest thing I ever read.

I'm antigun too. Should I stop reading books with guns, watching TV shows and movies with guns, stop playing games with guns too?

I'm against war too, wars kills people, should we ban every war movie ever made?

There is a huge difference, between working on a movie with guns, and owning a gun. One is fiction, it's about telling a story, the other is reality.


Schools everywhere should teach people about something called CATHARSIS.

He never said he was anti money.

Agreed... You dont call yourself a peace activist and then go on to direct the next disgusting saw movie and still believe yourself to have validity. you know movies/games have nothing to do with what you do in reallife.