Forums - Gaming Discussion - Why US=World argument might actually be legitimate Often it seems like people get offended when the North American region is speicifically targeted by companies, users on this board, etc. as a reason for success. Recently, Microsoft lowered the price of the Xbox One in the U.S. to gain significant marketshare in the territory and it looks like they succeeded according to the latest NPD results. Of course people jump to the argument that US does not equal World as a way to downplay Microsoft's success.

The fact of the matter is that the United States, and NA in general, is the most important territory to have. The Xbox One, and to a slightly lesser extent the PS4, is built around services the consoles offer- netflix, xbox live, PS+, nfl network, etc. They really are media service boxes up to this point. And of course the big 3 all want to sell as much software as they can on their console. The United States has the largest market for the services these consoles have to offer. Americans love to spend money on games and these services. Internet is readily available so they are able to subscribe to services like Xbox live and PS+. Consoles by themselves don't actually make money. I doubt Sony is making much on the PS4 and Microsoft is losing money at this point on the console itself. But Microsoft knows it's important to have the market that will end up spending the most money on games and its online service. That's why they don't care if they end up selling less worldwide.

If the right market is captured, having 10 million consoles sold can be worth more than having 15 million consoles sold. Those 10 million users may end up spending more money on the said console than those 15 million users. We saw this with the Wii. It sold a massive amount but in the end market it captured did not end up spending money on it. Many services that these consoles offer are not even available outside of the United States. There is nothing wrong with focusing on a single region and making sure it absolutely succeeds in that region, especially when that region is the most spending-happy.

You are joking about that aren't you?

Sorry, OP, but you seem to be very misinformed. There are too many problems with your arguments and you're using the word "fact" wrong, which is one of my biggest pet peeves.

For one thing, the wii was insanely successful and made ninty tons of money even without those services.

towards the end of the lifecycle, as in it did not have nearly the legs as the PS3 ox Xbox 360

Xbox taking the US is all that matters. Rest of the world is irrelevant.

I spend A LOT of my time (40-50%) in Europe (principally in the economic disaster that is Italy), and this thesis is a slap in the face to the other half of the western world. Most Americans have NO IDEA what it's like over here and seem to imagine a fantasy land of kings, queens, and watermill-generated power. Gamers in poor European nations spend a lot of money on games, peripherals, and services, just like poor gamers do in the US. Hell, only 6 European nations have more people than the US has poor people (as defined by garbage labor statistics) and they have an aggregate of about twice as many people. It's time we got off our Murica' high horse and stopped belittling every other market.

That's because it can't be. You'd have to be an idiot to try and justify that statement. I hope this is a joke;  Europe also is a very big Market, and deserve as well all the attention. PS4 is doing great in both the most important markets(NA and Europe), while MS can only compete in NA in high season with fire sales and price cut. But I know you were joking. 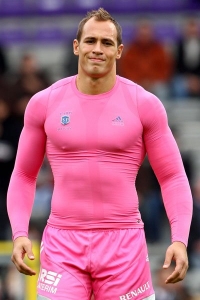