If the Nintendo Fusion is another hardcore gaming system, it won't sell more than the Wii U and 3DS combined.

Forums - Nintendo Discussion - If the Nintendo Fusion is another hardcore gaming system, it won't sell more than the Wii U and 3DS combined. 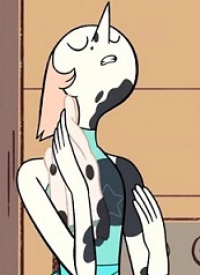 If you know what Nintendo Fusion is, skip the first paragraph:

The Nintendo fusion are actually two devices - the home console and handheld.  What makes it different than the  Wii U and 3DS are the systems similar specs. The Handheld will probably have a 720P HD screen and same specs as the Wii U. However, the console will have only have specs a bit stronger than the PS4. Both system will share the same library because of their similar build up though. As a result, Nintendo can produce games for two identical system instead of two different devices. Imagine if the Wii U and 3DS game library increased because they can play the same games. This will happen with the Nintendo Fusion.

However, I don’t think the fusion handheld's sucess will be as great as we imagine it. Although the 3DS is doing well in Japan,  it isn’t doing so well in North America and Europe. Especially compared to the DS or even the Game Boy Advance. We can no longer doubt Smart devices’ success and its impact on dedicated handheld gaming. Handheld gaming may decline next generation. Although the handheld fusion will receive console-like games, it probably won't help it sell more than the 3DS. The 3DS already has games like the Ocarina of Time 3D, Smash Bros, Mario Kart, and Mario 3D Land. The average joe will think this Fusion Handheld is the same deal as the 3DS. They don’t care about improved graphic resolution. They want something new and the fusion handheld will only attract a declining market. Although the Fusion home console will have more games, its weak systems specs will deter dedicated gamers that aren't Nintendo gamers.  If priced cheaply, the home console could sell more than the Wii U  as a secondary console. However, most households may not have two gaming consoles (in fact, this can explain console wars on the internet).

Nintendo fusion may give the handheld and home console more games, but that isn't enough. 3DS already has all the console like Nintendo game and better graphics doesn’t impress the average joe that much.  What the fusion needs is something new and exciting like the Wii controller, the Kinect, or the next Wii Sports. If it's just another hardcore system, don't expect it to sell more than the 3DS and Wii U combined. It may even sell considerably worse.

3DS will sell 20+ million in both North America and Europe individually.

That's more than the GameCube in both of those territories WW.

They still have some juice there.

Coming up with gimmicks to sell hardware is not easy. You don't just snap your finger, a lot of it boils down to timing, having some fortune in finding the right idea, and really ... a lot of luck. Nintendo tried with glasses-free 3D and a tablet controller to find the next fads and failed. I guess vitality sensor never even made it out of their R&D because it simply doesn't work on large portions of the population.

MS bailed out on Kinect too. I think in general people are getting tired of controller gimmicks ... after last gen of plastic guitars, balance boards, Wiimotes, steering wheels, cameras, plastic zappers, etc. etc. people are burnt out on accessorie garbage all over their living room.

The barrier of gaming has been broken down by the multitouch touch screen on tablets/phones now ... now anyone can play if they want to. That's what the DS Touch Generations and Wii Sports/Fit crazes evolved into. Apple won that battle. So that's not even a problem anymore either. Casuals are well served now and so are hardcore players.

Wait... "Both will share the same library"? Does that mean the that the fusion console/handheld wont have any exclusive games to the respective devices? Cause if thats the case, I think that might be a bad idea cause then the only reason to get the console will just be a graphical upgrade which if the handheld costs, say, 50% less then the cost of the console, it might just have a huge negative effect on the console if not cripple it cause there wont be any reason to buy the console apart from the graphical upgrade and more comfortable controls...

So, I dont think they will do it like that, instead what they will probably do is still have exclusive games to each device and the main benefit of having fusion would be for third parties and the fact that they don't have to train developers to learn separate code for each device and it should take less time to develop games if both use the same code

Anyway, so as for the thread, I think, provided what I said is true, it should give insentive for gamers to buy the respective device. If the console has the third party games this time around and their online is up to snuff, it might start bringing some users back that would otherwise not like the Nintendo platform due to the lack of third parties. As for the 3ds, well, it has games like Pokemon, Monster Hunter, MK and now SSB that should still sell very well so if they do it right, they should sell well above what they are selling currently. Sure, iOS/android devices are bad and they are directly affecting the handheld market but if Nintendo does it right and maybe make their own app store or cut a deal with google and have it android based device with a play store and have games exclusive to their device, it might work I think your terribly wrong.

With the RIGHT hype marketing and games at launch, it will have at least a decent start.

They will have the same games. Just like the iPhone/iPad/iPod Touch have the same apps. That's the whole point of the idea. Consumer just chooses which form factor(s) suit their lifestyle.

The honest truth is the "home variant" likely isn't going to sell that much ... if Fusion sells say 80 million LTD, the home version probably will account for 20 million of that ... but it's just gravy for Nintendo. They longer have to be tied to a sinking console if its not doing well, instead whatever it sells, it's just a bonus for them.

Besides a "Nintendo PS4" would basically just be a Wii U-2 dead end. No one is going to buy that. If Nintendo is making another traditional console IMO it has to compete with the PS5 (five, not four). And I don't think Nintendo has any intention of going there.

Fusion home variant can be a nice, very low cost "console", same way VitaTV is dirt cheap. It'll be a very cheap way for a person to get into the Nintendo ecosystem (sub $200 IMO). Honestly is Nintendo even interested in making games with graphics better than the Wii U in 1080P with some prettier shader/lighting effects? Because home Fusion device should be able to deliver that.

The handheld variant will probably cost a bit more (again same as Vita + Vita TV) ... handheld has the cost of the LCD/touch panel, which is huge, the home variant has no screen, even if it has 2-3x the CPU/GPU cores, chips are actually not that expensive. I think it'll be something like $219.99 for the portable version and $179.99 for the home version.

Yeah without question, they need to have a tremendous launch for this product line to give it a shot. Cannot repeat the stupidity of the 3DS and Wii U launches.

The next Animal Crossing and Mario Galaxy 3 should already have been diverted to Fusion launch window titles. Luigi's Mansion 3 for post launch. Mario Kart 9 should also now be ramping up full development for it. MK8 team should've had enough time to take a nice vacation and now it's time to get back to work.

The iphone/ipad/itouch isn't like a console vs handheld though... Those 3 devices are all portable and the only real difference is the screensize and price (and one of them can be used as a phone)...

And again, lets not forget how freakishly underpowered it will be compared to the ps5/x2.. Specially if they want to go with x86 which is really bad for heat and it draws power up the ass.. But if they don't then the third parties wont be on board cause they made it clear that they want x86 and nothing else which will once again, lead to the issue of having a lack of third parties... Nintendo, at its core, is a gaming company and if they go with a single sku, then they are in a shit ton of trouble if its not a "one hit wonder" vs going two sku's = lessens the risk

Your fusion sounds like my fusion too, i dont like the idea of this other fusion in the OP..

Well one being a phone for example is a pretty huge difference. Besides the different SKUs being different isn't bad really ... it gives incentive for a person to buy both if they have a large investment in the ecosystem already, a person who normally may only buy a Nintendo handheld may say "well gee, it would be nice to play some of these games on TV at home, maybe I'll pick up the Nintendo Fusion Home version too, it's pretty cheap".

No they can't compete with PS5 (not even sure there will be an XB2) for raw power, but I don't think Nintendo really gives a crap about that anymore. For Nintendo's style, even Wii U level of power suits them just fine, and a Fusion home device honestly could be considerably more powerful than that if they really wanted it to be. I think it could be in the range of 800-900 GFLOPS with 3-4 GB of RAM (for games) and a more modern DX11 style graphical effects. That will result in graphics on screen for Nintendo games that I think most people will be quite happy with, especially if the price point is sub-$200.

They need to leverage their Virtual Console back catalog better though and this system should also be able to rework Wii U titles so it has a lot of software to play from day 1.

Two SKUs isn't a benefit on a company if both SKUs are sluggish. Imagine Wii U/3DS were one product line ... in that case, they would be on pace to sell 100 million units between them for one generation (and games like Mario 3D World would have access to a larger userbase) ... in that case a lot of people would be saying Nintendo has had a very successful generation.