Pretty amazing how 13 years and 2 console generations later and there's barely any noticeable difference between the two other than better lighting and less jaggies in the PS4 version.

Even more impressive is the difference in graphical quality between the original PS1 version and the GC remake just 5 years and 1 hardware generation later... GameCube is truly the most underrated and underappreciated console of all time. 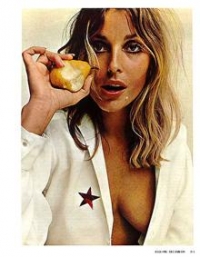 Hands down the worst port to date. Some shots make the GC version look better. Terrible effort from Capcom.

The model and everything you'ld expect is better on the ps4 but they fucked the lightning big time, the gamecube's one provided way better ambiance than the PS4's I seriously just played the whole game through because of this thread. Beat it in 6:37 and some change. Haven't played in years. Was fun lol.

Try out the Wii version if you haven't already, the ammo is a lot mor scarse there. should have just ported it to the wii u instead

Gamecube version holds up reasonably well, I suppose it helps that they could throw all the polys at the characters.

For the PS4, a resolution bump all over and improved textures in some areas but it's clear that Capcom haven't put alot of time or money into this.

GC is underrated, but this is not a great example of that.  The backgrounds were pre-rendered CG.  Any hardware capable of full SD resolution could display those re-rendered images.  Even the PS1 would have looked better if they had the new rendered backgrounds scaled down to 240p. :D

Also the Re:make graphics are obviously not representative of 2 generations of progress since they are using basically the same assets re-rendered to 1080p instead of making new assets, or making it full real time 3D with a quality far above the possibilities of 13 years ago.

You're comparing a full ground up remake with a barebones HD remake.