What did you think about their reactions

Really? Just fine? Resident Evil 6 sold around 5 million copies and Capcom was disappointed with those numbers. A single AAA game selling below expectations can put a longtime developer out of business. While the AAA market has high sales, or what used to be considered high sales, it's become an increasignly unsable market. Let's face it. Not every games is going to sell like GTA 5. In fact, almost no game will. So if your game sells 5 million copies and it's a bomb, then you as a publisher and developer are doing something wrong and are putting your priorities in the wrong place.

I have no problem with good stories within games. Unfortunately, most games generally don't have stories that match the production values. However, I do have a problem with games that have extremely long cutscenes that aren't at the end of a game and a game that focuses on style over substance. These types of games have made a generation of gamers really bad at videogames. I'm not the only person making this accusation either. Rich from ReviewTechUSA just released a video that stole the words right out of my mouth.

RE6 not being satisfied with those sales is just Capcom being stupid just like SE with Tomb Raider.  It's mismanagement.  Infamous has been profitable and the second one sold under 2m.  Uncharted is the most cinematic game around and even the first one was fine.  Heavy Rain sold under 3m and was ridiculously cinematic yet did fine.  There's plenty of successful cinematic games that have sold under 5m. 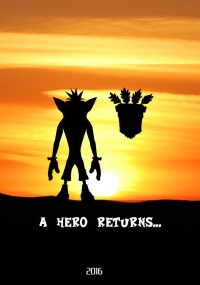 Damn it Mario tune in my head, not agaaaaiin.