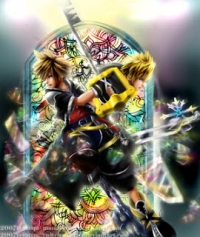 Monolith made the best JRPG of last gen, it's not even a competition for me.

DK was good, just a bit too "hard on purpose" (aka hard in totally fucked ways) for my taste. The MP trilogy was great, mainly 1 and 3, but I am in no rush whatsoever to see a 4, unlike so many other gamers (apparently). I want to see them make something different, something fresh.

Monolith is awesome, but if you just take them by what they've made since Nintendo owned them, they've made 2 games with a third on the way. Xenoblade was good, just not my cup of tea gameplay wise, and "X" looks even better, but probably still not my preferred style.


So I'd probably have to pick Retro. I just want to see them do something NOT DK or Metroid. They're not the "DK & Metroid" studio, and Nintendo needs to let them/encourage them to do other stuff. Hell, even an original IP perhaps. I love the Baten Kaitos games, but I gotta give credit to Retro. They turn everything they touch into gold.

Retro easily. JRPGs aren't my cup of tea, especially not ones that try to combine turn based and real time combat, and Project X Zone was garbage.

Retro is great but their roots go back to Turok on N64 then Prime series and DK.


Monolith has far more experience and has made some of the greatest games ever made. Monolith Soft are better than Retro were in their prime... And Retro today are awful. All of their talented devs left to work in other studios.

I liked them, but they don't compare to Xenoblade Saga. Metroid Prime/2/3 are the true masterpieces that Retro has, but their recent games don't match up to Monolith Soft's recent titles.

I really don't feel like that's a fair comparison at all. You can't chalk up games to a present studio simply because current members of that studio were involved in making said game in the past. That's like saying that the Cleveland Cavaliers have two NBA championships because Mike Miller and LeBron James play for them now. Metroid Prime is the best game of all time.

Hard to say. I've enjoyed most of the Retro games so far, but I feel like it's too little.

In the other hand, I never really got into Xenoblade.

But it's also important to me which is the most helpful to Nintendo, so I might go with Monolith on this one for now. Once the next Prime comes out though I'm all Retro if the game is any good.